Southern Guilford High School in North Carolina briefly had a SHCOOL zone, thanks to a contractor's gaffe. 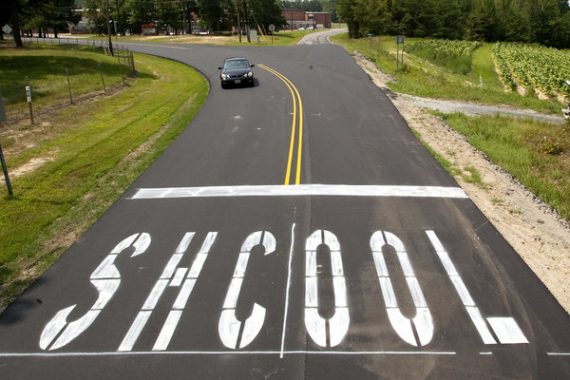 A road contractor hired to paint the word “school” on a freshly paved stretch of road near Southern Guilford High School in North Carolina rendered the traffic area in question a “shcool” zone.

This isn’t the first such mishap on record. Last year, for instance, a Miami-area road crew offered the variant spelling of “scohol,” while in 2007, a team in Kalamazoo, Mich., managed the same “h” and “c” reversal.

I’m reminded of the incident a couple years back when DC’s Major League Baseball franchise took the field wearing jerseys emblazoned with “NATINALS.”  That’s probably worse, in that it’s a big league outfit and there should have been a dozen levels of quality control, whereas these involve fellows who paint lettering on streets.

UPDATE:  Here’s a photo of the infamous “NATINALS” jersey.  Alas, no, it wasn’t a simple alignment issue wherein the button flap covered the O. 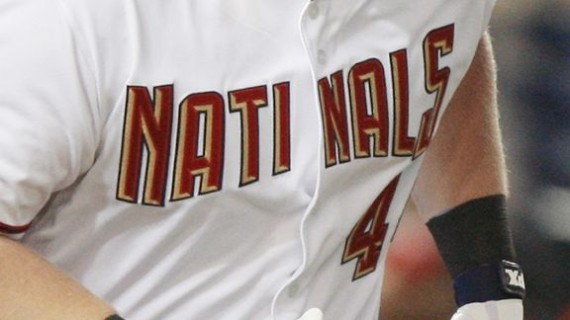