They just don’t make pound cake like they used to: Col. Henry A. Moak Jr. digs in to an Army ration pound cake from 1973 at his retirement party. (Staff Sgt. Sun Vega/U.S. Army)

Forty years later, Henry A. Moak, Jr., still loves his pound cake. The Army colonel popped open an old military ‘C’ Ration can of pound cake from 1969 at his retirement ceremony, and dug in. Moak got the drab olive can as a Marine helicopter pilot off the Vietnamese coast in 1973. He vowed to hang on to it until the day he retired, storing it in a box with other mementos.

After a formal retirement ceremony, dozens of friends and relatives joined Moak in the Pentagon’s Hall of Heroes as he opened the can to cheers. Moak joked earlier this week that he hoped the can wouldn’t explode. It let off a whooshing sound as the pressure seal broke.

“It smells good,” Moak said as he put a handful in his mouth. He jokingly staggered back a few feet and loudly cleared his throat, while one person yelled out, “Eeww, gross!”

Moak pronounced the cake “good.” “It’s even a little moist,” he said, wiping his mouth. He dared anybody “gutsy” enough to join him, and retired Lt. Gen. Paul T. Mikolashek, who was the U.S. Army Europe commander when Moak served overseas, took an even bigger piece. “Tastes just like it always did,” Mikolashek mumbled with a mouthful of cake as Moak laughed and clapped.

The Army is a little less hubristic than its retired colonels and generals, however:

Moak said he wasn’t worried about getting sick from any bacteria that may have gotten into the old can, because it looked sealed. But the military discourages eating from old rations. “Given the risks … we do everything possible to ensure that overly aged rations are not consumed,” said Lawrence Levine, a spokesman for the Defense Supply Center in Philadelphia. Levine named the threats as mold and deadly botulism if the sealing on the food has been broken, which isn’t always visible.

The Army had transitioned to MREs by the time I entered service as a cadet in 1984 but I had a few of my dad’s old C-rations in the early 1970s.  As I recall, they were decidedly less than delicious even then. 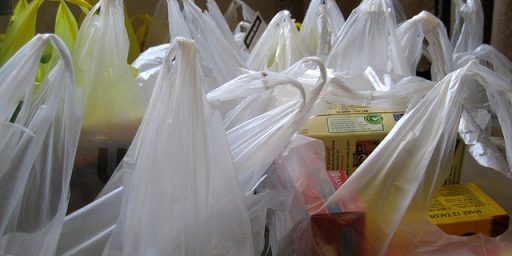 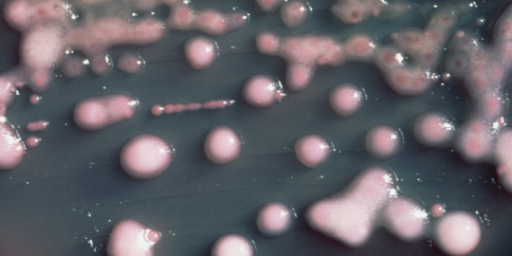