Both of the major party candidates for Governor in Oklahoma are women, but Republican nominee Mary Fallin thinks she’s more qualified for the job than her Democratic opponent, not because of the jobs she’s held or even the policies she advocates, but because she’s married with children:

In her quest to become Oklahoma’s first female governor, Democrat Jari Askins has amassed an assortment of professional qualifications: she’s been a judge, a legislator, the head of a state agency, and a corporate attorney.

But what she hasn’t been is a wife. The 57-year-old career woman, who now serves as the state’s lieutenant governor, has never been married or had children. And as this historic race between two women candidates for the state’s top office nears its conclusion, that gap in her biography is attracting increasing attention.

At rallies and other appearances, opponent Rep. Mary Fallin, 55, a Republican congressman, regularly mentions her new husband and their combined six children. Fallin, who had two children from a previous marriage, married a divorced father of four in November. She says her family and her experience as a businesswoman and officeholder have made her most qualified to be governor.

But remarks by Fallin at a Tuesday campaign debate, in which she cited her motherhood as a key difference between the two candidates, drew groans from some in the audience and stirred discussion about whether the emphasis on Askins’ unmarried status had gone too far.

when asked at the debate what defines her as a candidate and distinguishes her from opponent, Fallin responded: “I think my experience is one of the things that sets me apart as a candidate for governor. First of all, being a mother, having children, raising a family.”

Afterward, Fallin said she saw nothing wrong with her remark. “I was just explaining that these things give me a good perspective on the challenges Oklahomans face, and hopefully voters can relate to that,” she said.

Askins declined to say if she felt Fallin’s comment suggested she lacked an important credential for a woman. She said she never planned on being single.

“I always expected to be married and have a passel full of kids,” Askins said. “But none of that ever happened. Rather than sit back and worry about it, I devoted my life to trying to serve all the children of Oklahoma.”

There is, of course, one way to read Fallin’s remarks, and that is as a veiled way of questioning Askins’ sexuality. While there isn’t any evidence of that, it’s certainly the first conclusion that jumped to my mind when I read this story.

Even assuming that wasn’t the intention, though, I’ve got to wonder what merit there is in Fallin’s point. What does being married, or a parent, have to do with being an elected official, and why would someone vote for a person based on such a trivial thing. Of course, elections have been decided based on trivial matters before so it wouldn’t be a surprise. However, it seems pretty clear to me that Fallin went way too far with this one. 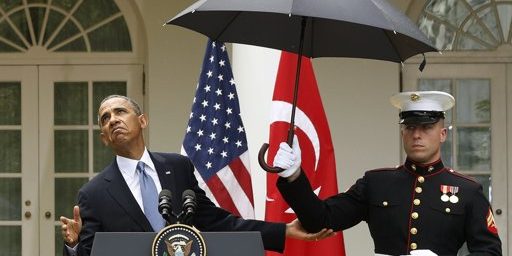