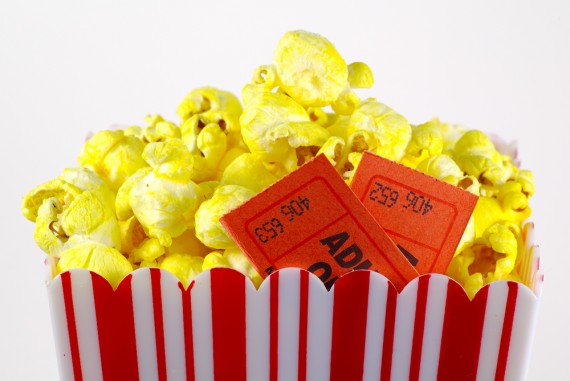 Another sign of the extent to which the continued growth of the Chinese economy is shaping business decisions around the world can be found in the prediction of one major Hollywood studio executive:

LAS VEGAS — A decade from now, the Chinese box office will eclipse North America in terms of revenue, Warner Bros. International Cinemas president Millard Ochs predicted as CinemaCon got underway Monday in Las Vegas.
Ochs was among a contingent of top international studio executives speaking on the first day of the annual gathering of theater owners hosted by the National Association of Theater Owners (opening day has traditionally been reserved for the international side of the business).

Considering its potential, China may be the most important emerging market. Last year, Chinese box office revenue was up nearly 65% to $1.5 billion. Half of that came from 3D titles. And according to some estimates, three new screens are being added each day.

This growing importance of the Chinese market is real reason, for example, that studio executives decided to make last minute changes to the script of the upcoming remake of the 1980s Cold War movie Red Dawn:

China has become such an important market for U.S. entertainment companies that one studio has taken the extraordinary step of digitally altering a film to excise bad guys from the Communist nation lest the leadership in Beijing be offended.

When MGM decided a few years ago to remake “Red Dawn,” a 1984 Cold War drama about a bunch of American farm kids repelling a Soviet invasion, the studio needed new villains, since the U.S.S.R. had collapsed in 1991. The producers substituted Chinese aggressors for the Soviets and filmed the movie in Michigan in 2009.

But potential distributors are nervous about becoming associated with the finished film, concerned that doing so would harm their ability to do business with the rising Asian superpower, one of the fastest-growing and potentially most lucrative markets for American movies, not to mention other U.S. products.

As a result, the filmmakers now are digitally erasing Chinese flags and military symbols from “Red Dawn,” substituting dialogue and altering the film to depict much of the invading force as being from North Korea, an isolated country where American media companies have no dollars at stake.

While some of the right are crying foul over the last minute changes, it’s a fairly sensible and smart business decision.