My latest for The National Interest, "Ankara Puts NATO on Speed Dial," has been posted. 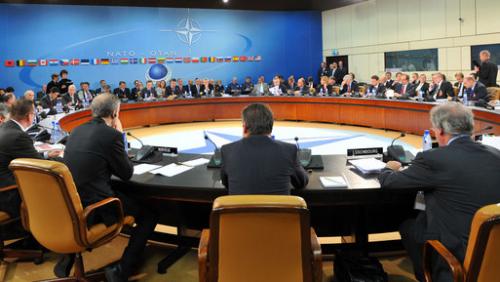 My latest for The National Interest, “Ankara Puts NATO on Speed Dial,” has been posted. It’s an updated version of my Saturday morning posting “Why NATO Won’t Go To War Over Syria Shooting Down Turkish Jet.”

I submitted the piece yesterday afternoon. Since then, NATO has issued a declaration that “We consider this act to be unacceptable and condemn it in the strongest terms. It is another example of the Syrian authorities’ disregard for international norms, peace and security, and human life” and Turkey has declared that  ”Any military element that approaches the Turkish border from Syria by posing a security risk and danger will be regarded as a threat and treated as a military target.”

Barring seriously stupid actions on the part of Syria, I expect that to be as far as this goes.