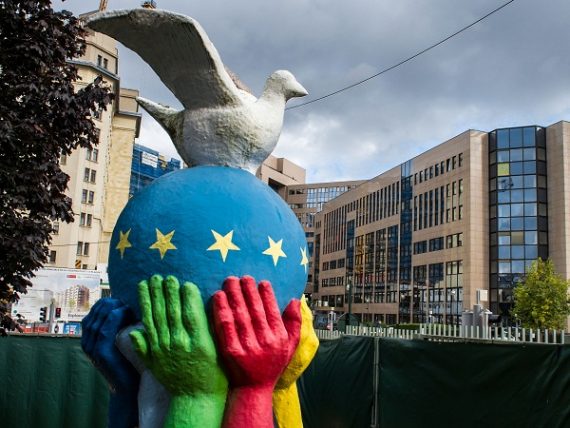 A statue of a globe painted with the EU flag and a peace dove stands in the garden of a church near the EU Council in Brussels, Friday, Oct. 12, 2012. The European Union won the Nobel Peace Prize on Friday for its efforts to promote peace and democracy in Europe, despite being in the midst of its biggest crisis since the bloc was created in the 1950s. (AP Photo/Geert Vanden Wijngaert)