First, Senator Richard Lugar delivered a speech on the Future of NATO.  In addition to the usual niceties about the important of transatlantic cooperation, Lugar argued that we need “boots on the ground” in Eastern Europe to assuage their fears about Alliance commitment and that NATO should consider unconventional threats such as energy cut-off as the equivalent of armed invasion.  Click the links for the full text of Lugar’s remarks as well as my analysis of his major proposals.

In a few minutes, Anders Fogh Rasmussen will deliver his first major speech in the U.S. as NATO Secretary General.  Commentary and analysis will be forthcoming.

UPDATE:  See “Rasmussen: ‘Things Are Going to Have to Change’ in Afghanistan” and “Rasmussen: Afghanistan Proves NATO Solidarity, Not Weakness” for my initial wrap-up and analysis. 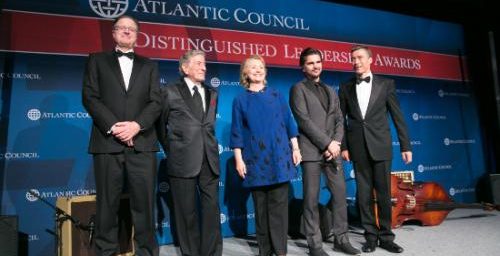