Neighborhood Residents Getting Fed Up With Occupy Wall Street 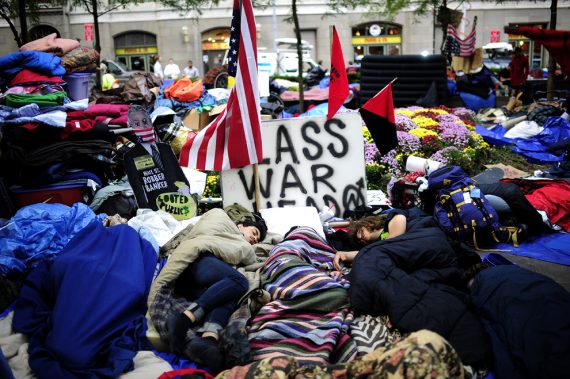 It’s beginning to look like the protest at Zucotti Park in New York City is overstaying its welcome:

Infuriated lower Manhattan residents went ballistic on Zuccotti Park protesters at a chaotic Community Board 1 meeting tonight while blasting politicians for allowing the siege to continue without any end in sight.

“They are defecating on our doorsteps,” fumed Catherine Hughes, a member of Community Board 1 and a stay at home mom who has the misfortune of living one block from the chaos. “A lot of people are very frustrated. A lot of people are concerned about the safety of our kids.”

Fed up homeowners said that they’ve been subjected to insults and harassment as they trek to their jobs each morning. “The protesters taunt people who are on their way to work,” said James Fernandez, 51, whose apartment overlooks the park.

The line to get into the standing room only meeting spilled out of the board’s office and onto the street outside where Zuccotti sympathizers sparred with angry residents. One elderly woman told a protester to stop screaming and was met with an even hgiher volume. “Get some earplugs!” retorted David Spano. “This is the street. I can say whatever I want! I can’t calm down, I’ve been struggling for 30 years!”

Suffice it to say, this is not the way to win friends and influence people. 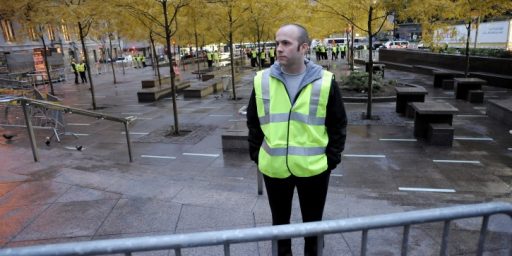