More outrageous behavior by the President of the United States. 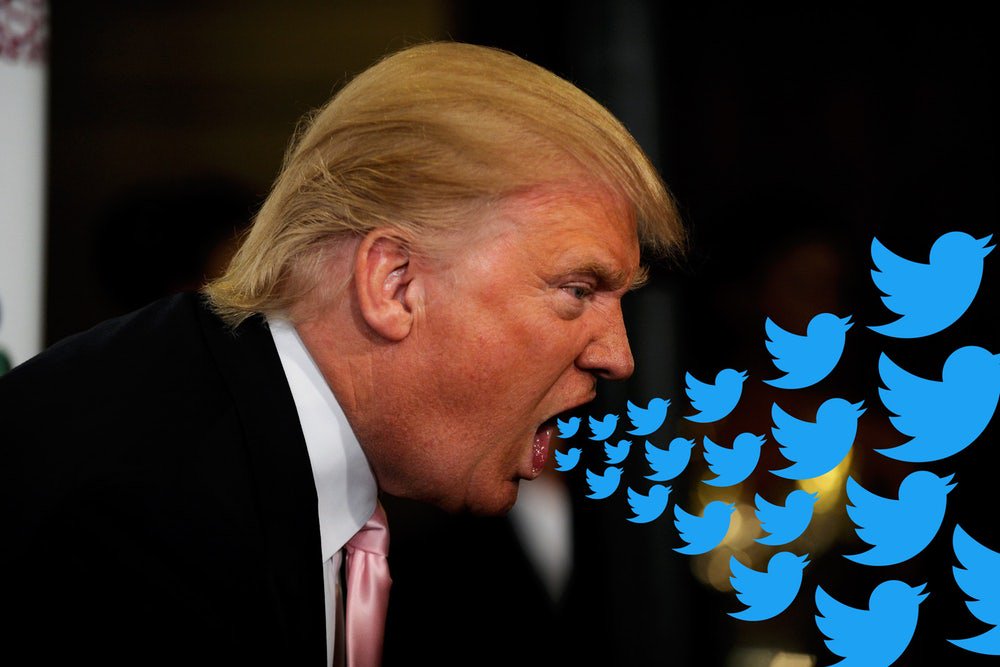 As I noted this morning, law enforcement personnel discovered two more potential explosive devices, addressed to New Jersey Senator Cory Booker and former Director of National Intelligence James Clapper, At the same time that this was happening, Donald Trump took to Twitter, and, well, lets let the Tweeter in Chief speak for himself:

President Trump on Friday lamented that a series of apparent mail bombs sent to prominent Democrats is halting Republican “momentum” ahead of the midterm elections.

“Republicans are doing so well in early voting, and at the polls, and now this ‘Bomb’ stuff happens and the momentum greatly slows — news not talking politics. Very unfortunate, what is going on. Republicans, go out and vote!” he tweeted.

The president’s use of scare quotes around the word “bomb” appeared to reflect his skepticism about the story, which has dominated cable news for days.

Some of Trump’s allies have suggested, without evidence, that the packages are part of a “false flag” operation by liberals to hurt Republicans ahead of next month’s midterm elections.

That upped the number of suspicious packages sent to leading Democrats this week to 12, a string of events that some public officials, but not Trump, have described as “domestic terrorism.”

Targets include Obama and Hillary Clinton, Trump’s Democratic opponent in the 2016 presidential race, as well as lawmakers and former administration officials who have been critical of the president.

In a tweet sent at 3:14 a.m. Friday, Trump accused CNN of “blaming” him for the series of bomb scares.

President Donald Trump today accused Twitter of reducing the number of users who follow him and suggested the company is slowing down his account’s growth, in his latest attack on internet companies over alleged bias.

“Twitter has removed many people from my account and, more importantly, they have seemingly done something that makes it much harder to join – they have stifled growth to a point where it is obvious to all,” Trump wrote on Twitter. “A few weeks ago it was a Rocket Ship, now it is a Blimp! Total Bias?”

The president didn’t provide evidence to support his claim, and the White House didn’t immediately respond to a request for comment.

Twitter has been a critical communications channel for Trump. He not only taps the platform to speak directly to his conservative voter base, but also uses it to announce major policy initiatives and to try to shape media coverage.

Despite his fondness for the medium, Trump has accused Twitter and other social media of being biased against him. His gripes echo claims from Trump 2020 campaign manager Brad Parscale and House Majority Leader Kevin McCarthy that Twitter “shadow bans” conservative leaders, making it harder to find and follow their accounts.

“Our focus is on the health of the service, and that includes work to remove fake accounts to prevent malicious behavior,” Twitter said in a statement. “Many prominent accounts have seen follower counts drop, but the result is higher confidence that the followers they have are real, engaged people.”

Here is the full litany of Trump tweets starting at 3:14 a.m. this morning:

Funny how lowly rated CNN, and others, can criticize me at will, even blaming me for the current spate of Bombs and ridiculously comparing this to September 11th and the Oklahoma City bombing, yet when I criticize them they go wild and scream, “it’s just not Presidential!”

The United States has been spending Billions of Dollars a year on Illegal Immigration. This will not continue. Democrats must give us the votes to pass strong (but fair) laws. If not, we will be forced to play a much tougher hand.

Twitter has removed many people from my account and, more importantly, they have seemingly done something that makes it much harder to join – they have stifled growth to a point where it is obvious to all. A few weeks ago it was a Rocket Ship, now it is a Blimp! Total Bias?

Republicans are doing so well in early voting, and at the polls, and now this “Bomb” stuff happens and the momentum greatly slows – news not talking politics. Very unfortunate, what is going on. Republicans, go out and vote!

I would call Tweets like this while the nation and law enforcement are dealing what is clearly a serial bomber and domestic terrorist outrageous, but for this President it’s just standard operating procedure.