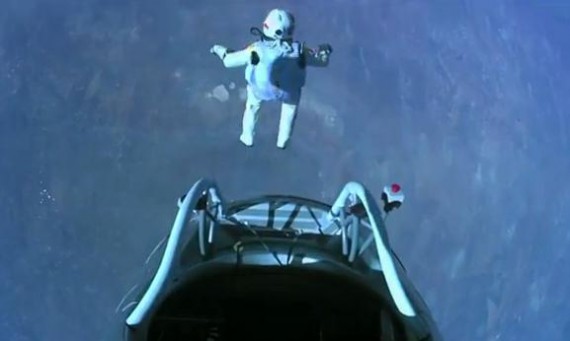 Many of you will recall Felix Baumgartner, who jumped from 128,100 feet above the Earth back in October 2012 in an effort to break a record set some 50 years earlier by Joseph Kittinger. Earlier this week, camera maker GoPro released some new never before seen footage of the jump taken from cameras that were attached directly to Baumgartner’s suit, some of which will be featured in an ad to air during the Super Bowl tomorrow.

Here’s the video, which is really quite amazing: