The President likely has some very bad poll numbers on his mind this morning. 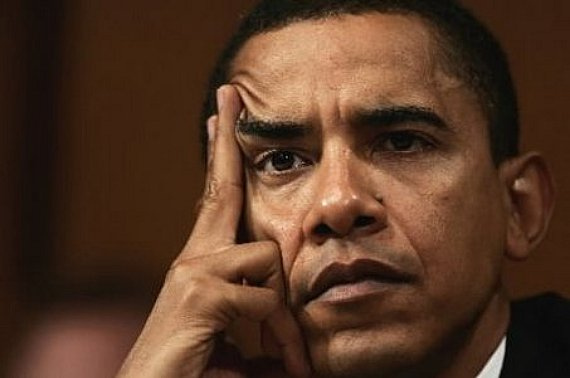 There are yet more indications this morning of bad news for President Obama and the Democrats in Congress.

First a new ABC News/Washington Post poll reports that overall confidence in the President’s ability to govern has declined significantly:

Public confidence in President Obama has hit a new low, according to the latest Washington Post-ABC News poll. Four months before midterm elections that will define the second half of his term, nearly six in 10 voters say they lack faith in the president to make the right decisions for the country, and a clear majority once again disapproves of how he is dealing with the economy.

Regard for Obama is still higher than it is for members of Congress, but the gap has narrowed. About seven in 10 registered voters say they lack confidence in Democratic lawmakers and a similar proportion say so of Republican lawmakers.

Overall, more than a third of voters polled — 36 percent — say they have no confidence or only some confidence in the president, congressional Democrats and congressional Republicans. Among independents, this disillusionment is higher still. About two-thirds of all voters say they are dissatisfied with or angry about the way the federal government is working.

Such broad negative sentiments have spurred a potent anti-incumbent mood. Just 26 percent of registered voters say they are inclined to support their representative in the House this fall; 62 percent are inclined to look for someone new.

Democrats nationally remain on the defensive as they seek to retain both houses of Congress this fall. Registered voters are closely divided on the question of whether they will back Republicans or Democrats in House races. Among those who say they are sure to cast ballots in November, 49 percent side with the GOP and 45 percent with Democrats.

Overall, a slim majority of all voters say they would prefer Republican control of Congress so that the legislative branch would act as a check on the president’s policies. Those most likely to vote in the midterms prefer the GOP over continued Democratic rule by a sizable margin of 56 percent to 41 percent.

Economic worries continue to frame the congressional campaigns. Almost all Americans rate the economy negatively, although compared with the depths of the recession in early 2009, far fewer now describe economic conditions as “poor.” Only about a quarter of all Americans think the economy is improving.

Recent economic developments — a declining stock market, problems in the housing industry and an unemployment report showing only tepid job growth in the private sector — may have bruised the president’s ratings.

Just 43 percent of all Americans now say they approve of the job Obama is doing on the economy, while 54 percent disapprove. Both are the worst, marginally, of his presidency. Even a third of Democrats give him negative marks here. And overall, intensity runs clearly against the president on the issue, with twice as many people rating him strongly negative as strongly positive.

Obama’s overall approval rating in the polls is 50%, which is about where Bill Clinton’s were in the summer of 1994.

Meanwhile, a new CBS poll shows that the President getting bad grades on issue number one — the economy:

Economists have declared the economic recession over largely over, but most Americans don’t share their optimism, and they are increasingly blaming President Obama for their money woes.

Mr. Obama’s approval rating on the economy has tumbled five percentage points from last month, according to a new CBS News poll, with just 40 percent of those polled expressing full confidence in his actions.

More than half of those questioned (54 percent) said they disapproved of Mr. Obama’s handling of the economy. Last month, 45 percent approved. The drop in approval has been seen mostly among independents, just 35 percent of whom now say they approve.

Since there’s unlikely to be an economic turnaround between now and the election, all of this is very bad news for Obama and the Democrats.