Next President Will Get A New Presidential Limousine 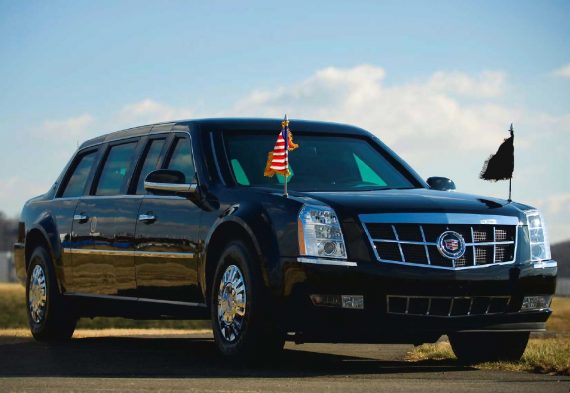 In addition to getting to live for at least four years at 1600 Pennsylvania Avenue, whoever wins the Presidential election in 2016 will also be getting a cool new set of wheels:

The leader of the free world is getting some new wheels.

The Secret Service is proceeding with development of a new presidential limousine to replace the Cadillac model currently used by President Barack Obama, according to a new General Services Administration contract posting. The new vehicle is expected to be ready for the inauguration of the next president—whomever she or he may be.

Classified armor development for the new rolling Oval Office has been underway since last year. The government is now seeking bidders to integrate that armor into a new design for “The Beast,” as the heavily-protected vehicle is popularly known, with options for the final construction stages. Details of the new design, like the old, are highly classified and contractors must meet strict security requirements just to get a peek at what they will be asked to build.

The Beast is designed with withstand an array of conventional and unconventional attacks, with heavy, foot-wide, and airtight doors, and packed with communications gear to keep the commander in chief safe and connected to the rest of the government. They are essentially custom-designed off of truck chassis, with just a hand-full of off-the-shelf cosmetic parts.

Like the rest of us, though, the future 45th President of the United States will still not having flying car. Although, there is that pretty nice 747 available.