Should we be worried about the oil spill in the Gulf of Mexico? Yes. Should BP take whatever steps are necessary to stop the spill, remediate the harm done to the environment, reimburse those who’ve suffered losses as a consequence of the spill, and have their feet held to the fire until they do? Hell, yes. Should the federal government do a better job of monitoring and regulating off-shore oil rigs and exploration? Definitely. Should we impose a tax on carbon that reduces our dependence on and consumption of oil? I’ve supported that for 35 years.

Should we ban pumping oil from off-shore wells or ban off-shore exploration within our waters? Maybe not so much.

Roughly 43% of the oil that we consume every year is produced domestically, produced here in the United States. Much of that is pumped from the some like 5,000 off-shore wells in the Gulf of Mexico. The remaining 57% is imported from other countries. Our greatest imports and the greater portion of our imports is from just five countries: Canada, Saudi Arabia, Mexico, Venezuela, and Nigeria (same source). The spillage at sea, in the delta, and on land in Nigeria is approximately the equivalent of one spill the size of the spill in the Gulf every year over the period of the last 50 years:

“We see frantic efforts being made to stop the spill in the US,” said Nnimo Bassey, Nigerian head of Friends of the Earth International. “But in Nigeria, oil companies largely ignore their spills, cover them up and destroy people’s livelihood and environments. The Gulf spill can be seen as a metaphor for what is happening daily in the oilfields of Nigeria and other parts of Africa.

“This has gone on for 50 years in Nigeria. People depend completely on the environment for their drinking water and farming and fishing. They are amazed that the president of the US can be making speeches daily, because in Nigeria people there would not hear a whimper,” he said.

It is impossible to know how much oil is spilled in the Niger delta each year because the companies and the government keep that secret. However, two major independent investigations over the past four years suggest that as much is spilled at sea, in the swamps and on land every year as has been lost in the Gulf of Mexico so far.

One report, compiled by WWF UK, the World Conservation Union and representatives from the Nigerian federal government and the Nigerian Conservation Foundation, calculated in 2006 that up to 1.5m tons of oil — 50 times the pollution unleashed in the Exxon Valdez tanker disaster in Alaska — has been spilled in the delta over the past half century. Last year Amnesty calculated that the equivalent of at least 9m barrels of oil was spilled and accused the oil companies of a human rights outrage.

We have less influence on the environmental effects of spillage in oil production in other countries than we have here. If we are sincerely concerned about the consequences of such spillage as arises from our own appetite for more and more oil, we should want to reduce our total consumption of oil and, particularly, our oil imports from places over which we have little influence and in which there’s less concern, if anything, about the environment impact of oil production than there is here.

Increasing the cost oil produced in the United States without increasing the cost of oil produced everywhere will have the perverse effect of our importing a greater proportion of our oil and, in all likelihood, increasing the aggregate environmental damage. That damage will, however, be far beyond our control and power to remediate. Off-shore oil spills in Nigeria aren’t nearly as convenient for quick, shocking photos of oil-soaked seabirds. No quick side trips to the French Quarter for Cajun food, either.

Think we can avoid damaging the Gulf if we ban new Gulf exploration in our waters? Maybe not. While our eyes have been focused on the Deepwater Horizon catastrophe an off-shore Venezuelan gas rig sank.

Let’s be very clear about this. There is no near term alternative to oil for use as a vehicle fuel. Saying anything else is either a delusion or a lie. There are dozens of reasons for this but the simplest is that it takes twenty years to turn over the entire U. S. vehicle fleet and trying to do it much quicker is beyond our means at least under present economic conditions.

But we should start taking serious steps to wean ourselves from the use of oil in vehicle fuels. Those steps could include greater emphasis on high-efficiency diesel engines, elimination of limitations on liability for oil producers (which I consider a scandal and an outrage as well as crappy economic policy), a carbon tax, and reduced subsidies for new highway construction.

You can find more detail on our oil imports here. 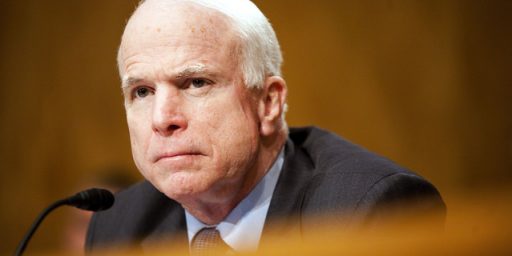