The Nixon Center has gone from one of the most controversially named think tanks in Washington to yet another blandly named one: Center for the National Interest. 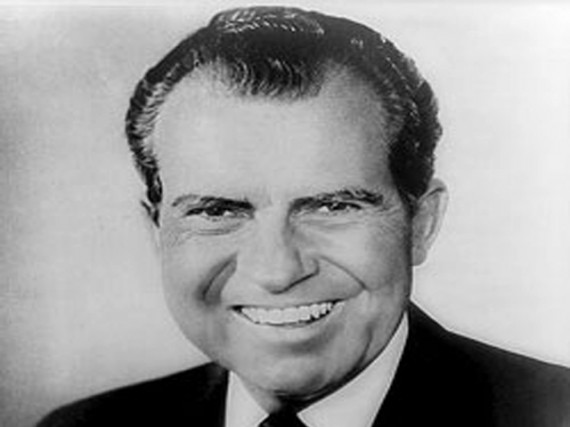 The Nixon Center has gone from one of the most controversially named think tanks in Washington to yet another blandly named one: Center for the National Interest.

In a press release they explain:

Announced by former President Richard Nixon in 1994 and originally established as a programmatically and substantively independent division of California’s Richard Nixon Library and Birthplace Foundation, The Nixon Center has become a fully independent and self-standing institution.  As a part of this transition, the Center will now be known as the Center for the National Interest, reflecting its emphasis on non-partisan analysis of America’s foreign policy challenges based on U.S. national interests.  The Center also publishes the prominent bi-monthly magazine The National Interest.

Center Chairman Maurice R. Greenberg hailed the changes.  “This is a big step forward for the Center.  President Nixon always wanted the Center eventually to be independent and we have now realized that vision.  We appreciate the Richard Nixon Foundation’s cooperation in making it happen and wish the Foundation well in its important mission of promoting President Nixon’s historical legacy.  The Center for the National Interest will continue its forward-looking application of Nixon’s foreign policy principles to today’s international environment.”

President Nixon’s daughter Julie Nixon Eisenhower added, “I know that my father would be proud of what the Center has accomplished over the last seventeen years and excited about this new stage in its existence.  I look forward to continuing to work with other Center Board members to advance his foreign policy legacy.”

Center President Dimitri K. Simes added, “With its new independence as well as new resources, the Center for the National Interest will continue to play an important part in America’s foreign policy debates, providing hard-headed but high-minded analysis of U.S. national interests in a rapidly changing world and always being prepared to challenge conventional wisdom and speak truth to power.”

The branding is a good one, in that it provides symmetry with its flagship magazine and because it removes the stigma associated with the only man ever forced to resign the presidency.

“Nixon Center” had the virtue of being distinctive, but that was a dual-edged sword. Richard Nixon was a giant of American foreign policy and his vision looks all the better in hindsight, in a town where neoconservatives and liberal interventionists seem to see no affliction in the world that is not worthy of American military intervention. But, alas, there was Watergate and a plethora of bigoted remarks caught on tape for posterity.

But, whatever problems the name change has from a distinctiveness standpoint, it’s a necessary change to get beyond the limitations of the old name. Even aside from the unfortunate association with scandal, Nixon is seen as a partisan figure whereas the Center has always been a non-partisan promoter of a responsible, Realist foreign policy based on an assessment of U.S. national interests. So, the new name is an apt reflection of its longstanding mission.