Thanks in part to the one week delay caused by the shooting of Congresswoman Gabrielle Giffords, it looks like the House GOP will not be able to deliver a spending cut bill this month as promised:

House Republicans are falling behind in their aggressive schedule and are unlikely to consider a major spending-cut bill this month.

The GOP had hoped to hold a floor vote by late January on legislation rescinding already appropriated funds in the stimulus and other legislation, but it is now more likely that the rescission package will be folded into a measure to keep the government funded beyond March.

Rep. Jo Ann Emerson (R-Mo.), chairwoman of the House Appropriations subcommittee on financial services, indicated the rescission bill is likely to be finished closer to the March 4 expiration of the continuing resolution funding the government.

The schedule is slipping for more than one reason, according to Republican lawmakers and conservative analysts.

Emerson said part of the delay has been due to the Jan. 8 attempted assassination of Rep. Gabrielle Giffords (D-Ariz.), which led Republican leaders to postpone previously scheduled floor action for a full week.

Emerson’s subcommittee met for the first time last week to begin identifying cuts. “Obviously we have to get our work done by March 4,” she said.

The January rescissions package plan also was formulated when Republicans assumed that Democrats would fully fund fiscal 2011 by approving a long-term appropriations bill in the lame-duck session in December, said Brian Riedl of The Heritage Foundation. Instead, Democrats approved a short-term continuing resolution, which didn’t give Republicans a spending vehicle from which to make rescissions.

Though some Republicans would still like to move a package sooner, Reidl agreed the first major spending-cut bill is likely to move toward the end of February or early March.

Governing is harder than they thought, apparently.

Another Federal Court Rules Against Trump On DACA 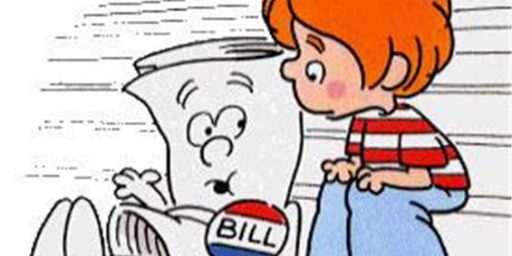