No Labels in Need of a Label

No Labels is attempting to relaunch itself after amounting to exactly nothing in the 2012 cycle. Let me save you the trouble: They won't matter in 2014 or 2016, either. 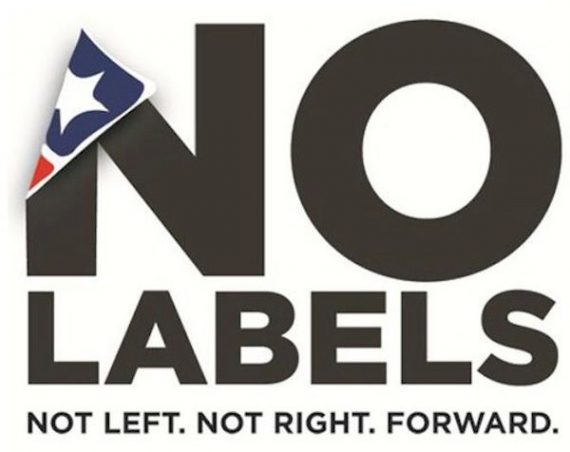 No Labels is attempting to relaunch itself after amounting to exactly nothing in the 2012 cycle. Let me save you the trouble: They won’t matter in 2014 or 2016, either.

Despite a splashy New York launch, No Labels lacked a clear agenda and grassroots support and was largely dismissed as irrelevant. But with new leadership and a sharper focus, the group,which is redeploying with another New York conference on Monday, has shed some of its early idealism in favor of a more pragmatic acceptance of the partisanship that has divided the country and embroiled Washington in recent years.

“We started off thinking there was a broad group in the middle, but quickly realized that wasn’t productive. People have very different notions of what the middle is,” said Mark McKinnon, a longtime adviser to former President George W. Bush and a No Labels founder. “So we grew beyond that, and now have strong conservative and strong liberal partisans who want to participate.”

“It’s not about centrism, it’s about a new attitude toward the realities we face. It’s about finding Democrats and Republicans who will check their egos at the door,” said Huntsman, whose decidedly centrist run for the 2012 Republican presidential nomination flamed out early in the primary process.

Huntsman and Manchin will be among the marquee speakers at “A Meeting to Make America Work!” the group’s conference in New York on Monday. Others include newly elected Maine Independent Sen. Angus King; Newark, New Jersey Mayor and Democratic Senate candidate Cory Booker; and Nevada Republican Sen. Dean Heller, who will address the group by video. Former President Bill Clinton and Arizona Sen. John McCain, the 2008 GOP presidential nominee, will send taped messages.

Huntsman and Manchin told Yahoo News they envision a more aggressive agenda for No Labels, like improving the group’s small donor fundraising, using digital tools to broaden its grassroots operations and recruiting more lawmakers to team up with with the organization and embrace its goals.

To that end, No Labels has helped launch a congressional “Problem Solvers’ Group” — 12 Republican lawmakers, 13 Democrats — who have begun holding meetings and working on some reform measures. Several members of the group are attending the New York conference.

McKinnon’s a smart guy but this has about as much chance of catching on as the odd neckwear he sports on his frequent “Morning Joe” appearances. What No Labels desperately needs is, well, a label.

It’s true that “centrist” is a meaningless term and that simply marketing a group as “centrist” is therefore not useful. They’re moving in the right direction by putting together an actual policy agenda. But who the hell cares with 25 random yahoos come up with in their Problem Solvers’ Group? There are hundreds of high profile policy wonks out there putting out their ideas. In order to get anything done in our system, though, they need to do more: Organize.

No Labels isn’t a political party. So, it’s not running candidates for office. Which means, it will get zero votes on any piece of legislation or other policy issue that arises.

Nor is No Labels a traditional lobbying group. It’s not at all clear where its leverage to shape public policy will come from, then. The sheer charisma of Jon Huntsman? Hell, half the participants can’t even be bothered to attend the launch event and will instead send videos.

Now, I like Huntsman. I like Booker. But they don’t have much in common in terms of a political agenda. Add in Bill Clinton, John McCain, and a lot of people I’ve barely hard of, and it’s just a head scratcher as to what the group stands for.