No Link Between Computers At Home And Academic Achievement

Having a computer in the home does not have a significant impact on academic achievement, according to several new studies. 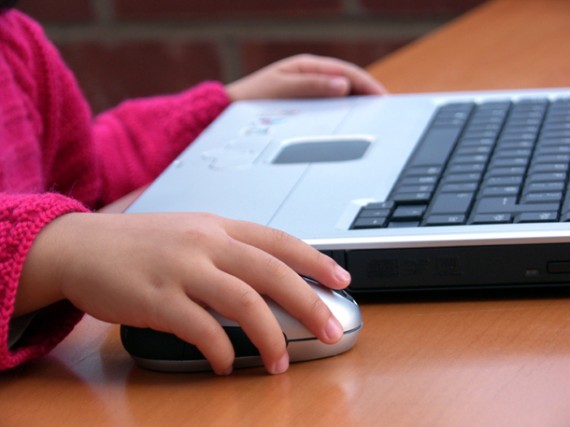 A number of new studies are leading to the conclusion that putting a computer in the home doesn’t mean that children will do any better in school:

Economists are trying to measure a home computer’s educational impact on schoolchildren in low-income households. Taking widely varying routes, they are arriving at similar conclusions: little or no educational benefit is found. Worse, computers seem to have further separated children in low-income households, whose test scores often decline after the machine arrives, from their more privileged counterparts.

Ofer Malamud, an assistant professor of economics at the University of Chicago, is the co-author of a study that investigated educational outcomes after low-income families received vouchers to help them buy computers.

“We found a negative effect on academic achievement,” he said. “I was surprised, but as we presented our findings at various seminars, people in the audience said they weren’t surprised, given their own experiences with their school-age children.”

Malamud’s study was conducted in Romania, but there are similar results from studies conducted in various parts of the United States:

In the United States, Jacob L. Vigdor and Helen F. Ladd, professors of public policy at Duke University, reported similar findings. Their National Bureau of Economic Research working paper, “Scaling the Digital Divide,” published last month, looks at the arrival of broadband service in North Carolina between 2000 and 2005 and its effect on middle school test scores during that period. Students posted significantly lower math test scores after the first broadband service provider showed up in their neighborhood, and significantly lower reading scores as well when the number of broadband providers passed four.

The Duke paper reports that the negative effect on test scores was not universal, but was largely confined to lower-income households, in which, the authors hypothesized, parental supervision might be spottier, giving students greater opportunity to use the computer for entertainment unrelated to homework and reducing the amount of time spent studying.

The state of Texas recently completed a four-year experiment in “technology immersion.” The project spent $20 million in federal money on laptops distributed to 21 middle schools whose students were permitted to take the machines home. Another 21 schools that did not receive funds for laptops were designated as control schools.

At the conclusion, a report prepared by the Texas Center for Educational Research tried to make the case that test scores in some academic subjects improved slightly at participating schools over those of the control schools. But the differences were mixed and included lower scores for writing among the students at schools “immersed” in technology.

The one area where the students from lower-income families in the immersion program closed the gap with higher-income students was the same one identified in the Romanian study: computer skills.

That last part shouldn’t be surprising, of course. Use a computer more and you’re going to develop your computer skills, that’s pretty easy to understand.

But what about the broader conclusions ? It’s been an article of faith among many education advocates that increasing student’s access to technology would help them academically overall, but these studies show that not to be the case among the very groups most likely to have children with academic difficulties.

It really shouldn’t be surprising, though.

For one thing, simply putting a computer in front of a child isn’t going to magically turn them into academic superstars, and it’s not going to make someone who hasn’t been raised to have an interest in learning intellectually curious either. There are so many other things that such a child can use a computer for — games, chatting, and what not — that it’s simply not logical to assume that the technology by itself is going to have a transformative effect on the child.

Which brings us to the what I’ve always thought is the most important variable in any child’s education, the parents. If the parents don’t cultivate a desire for learning in their children, or if they simply don’t take the time to supervise them to make sure that schoolwork is being done, then no amount of technology is going to help. It’s probably the case that many of the families that were part of these surveys are made up of these types of parents, so it is not at all surprising that the computers had no impact at all on academic achievement.

As with the idea that all we need to do is spend more money on already failing schools, the “computers in the home” idea has been presented as some sort of a panacea to a problem that has much deeper roots than simply a difference in income.