As widely anticipated, the Senate parliamentarian has ruled that “President Barack Obama must sign Congress’ original health care reform bill before the Senate can act on a companion reconciliation package.”  According to Ezra Klein, some Democrats are putting the best possible spin on this:

In the Democrats’ Senate Caucus meeting today, Kent Conrad apparently argued that this left the Democrats in an even stronger moral position. The reconciliation rider fixes unpopular elements of the health-care bill: the Nebraska deal, the Florida deal, the excise tax and so forth. If Republicans figure out some nuclear level of obstruction that could actually derail the reconciliation process, then they will effectively own the worst elements of the Senate bill, and Democrats can just spend their time hammering Republican obstructionism that has so lost touch with reality that they’d rather keep legislation they’re against than let Democrats fix it. Or so goes the argument.

The problem with that is twofold.

First, this ruling makes it much harder for skeptical House Democrats to go along  and easier for them to explain a No vote.  This is especially true of Stupak and his allies who have gone on record as saying they won’t vote for a bill that doesn’t fix the abortion language. Which, of course, is why the Democratic leadership was hoping the ruling would go the other way.

Second, it means  Obama will have to sign what everyone agrees is a very bad bill passed with zero Republican votes in the House and only one in the Senate.  That’s what Republicans were hoping for all along.

Now, I agree that, if the Democrats go along with all this, there will be strong pressure on the Republicans to vote for a bill to undo the worst elements.  We’ll see how that plays out.   But we’re still a long way from that. 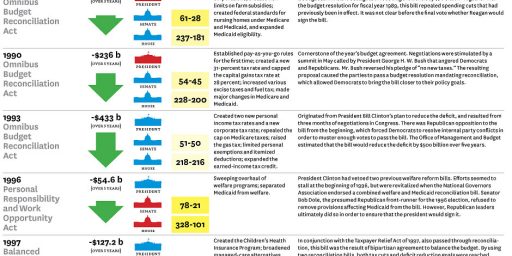