Apparently, Congressman Steve Cohen of Tennessee didn’t get the memo about the new tone of civility in Washington:

In an extraordinary outburst on the House floor, Rep. Steve Cohen (D-TN) invoked the Holocaust to attack Republicans on health care and compared rhetoric on the issue to the work of infamous Nazi propagandist Joseph Goebbels.

“They say it’s a government takeover of health care, a big lie just like Goebbels,” Cohen said. “You say it enough, you repeat the lie, you repeat the lie, and eventually, people believe it. Like blood libel. That’s the same kind of thing. And Congressman Cohen didn’t stop there.

My first thought is that Cohen has decided to fill the shoes left by former Congressman Alan Grayson when it comes to wildly off-base, offensive, and inflammatory rhetoric on the floor of the House.

My second thought is that Politifact’s designation of that “Lie of the Year” for 2010 was nonsense, for the reasons that Billy Hallowell noted at Mediaite last year.

Regardless of one’s opinion on the Politifact designation, though, I think it’s fairly obvious that once someone starts invoking Nazis in reference to their opposition, they’ve lost the right to be taken seriously. 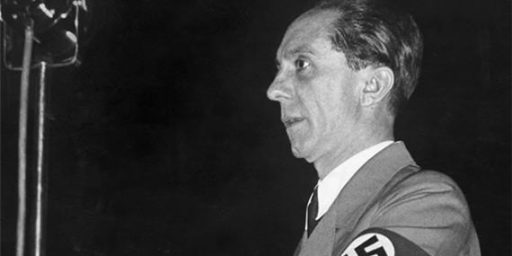 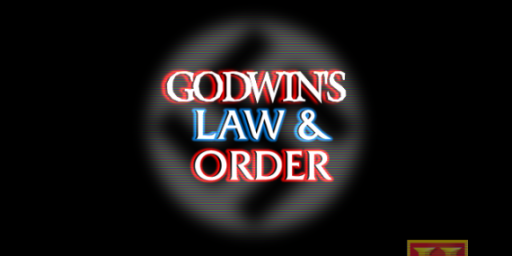