Not as Bad as it Used to Be

While soldiering has long been noted for long hours, low pay and frequent danger, the American armed forces have changed much of that in the last two decades. The long hours are still there, but not as much as they used to be. The military learned that you get the most out of the troops if you only put them on overtime occasionally. This is called “surge,” and it’s the kind of round the clock effort required when you are in combat and the action never seems to slow down. So all the services try to give the troops as many “9-5” (more like “8-4”) days as possible. When there is a major effort required, the troops won’t be worn out and can give it their best.

The low pay is also gone. In the American military, new recruits make 30 percent more than the average person of the same age. But the recruits are not getting something for nothing. Getting into the military these days means you have to be better, in terms of education and skills, than over half the population. But if you make the military your career, you end up, after twenty years, making about twice the average for all people your age (even adjusting for education). When you compare troops with specific jobs with their civilian peers, the military pay is comparable, not higher. But there are many jobs with no exact civilian equivalent (like infantryman), and the fact that these are also well paid plays a large part in keeping people in these jobs.

The danger is still there, but better training, equipment and leadership have lowered the casualty and accident rates enormously. Combat losses during World War II, and up through the end of the draft in the 1970s, were 5-10 times higher than they are now.

Military service hasn’t changed in many ways, but in some very important ones, it has.

Certainly true. Things started to turn around in the early 1980s during the Reagan buildup and have gotten steadily better. Twenty years of pay raises exceeding the inflation rate have really helped.

On the down side, though, some things have gotten much worse. When I was on active duty from 1988-1992, most of the people looking forward to retirement at 20 years had never seen combat. They had spent their careers rotating from assignments in the U.S. to Germany and then collecting their pensions. For the last decade plus, constant deployment has been the routine. While the substantially higher pay–and improved creature comforts–help, they don’t alleviate the stress this places on individuals and, especially, families.

The other thing that has gotten worse is the long-term benefit package. When my dad retired from the Army in 1982, he got full medical and dental benefits for himself and his dependants, commissary and exchange priviledges, and 50% of his base pay for life. With the closure of so many bases, many if not most retirees are unable to use the commissary and PX. And access to base hospitals has long since gone away for retirees. They also did away with retirement at 20 years for a while, although that has been restored. What hasn’t happened, though, is commensurate cost of living increases. Retiree pensions have gone up at about half the rate of active duty salaries, substantially eroding that benefit over time. 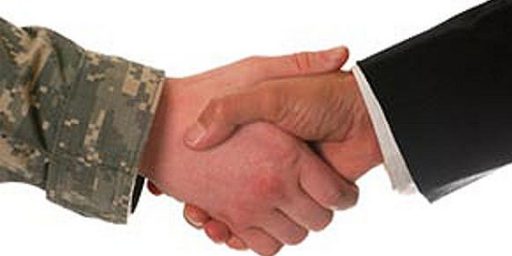