NOT THAT THERE’S ANYTHING WRONG WITH THAT. . .

NOT THAT THERE’S ANYTHING WRONG WITH THAT: CNNSI says that Hall of Fame pitcher Sandy Koufax has severed all ties with the Dodgers because a newspaper owned by NewsCorp, which also owns the Dodgers, intimated that he is homosexual. Wait ’til Andrew Sullivan hears about this. . . 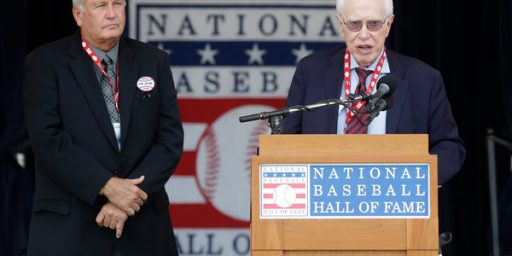