Now That’s What I Call Television

A recent Jordanian news broadcast got a little out of hand:

A debate on media freedom in Syria between two journalists on a Jordanian television network grew heated Wednesday, developing into a set-wrecking tug-of-war.

The fight erupted on the “Bayn Etijihayn” (Between Two Ways) show between Shaer Al-Johari, head of the Electronic Media Association in Jordan, and Mohammed Al-Jayousi, editor-in-chief of the news Web site al-Mustaqbal al-Arabi.

The heated conversation turned physical when Al-Jayousi accused Al-Johari of being a “deviant” who supports the Syrian revolution. Al-Johari responded by accusing Al-Jayousi of supporting the Syrian regime in exchange for money.

This prompted the two men to start shoving the studio table toward one another, eventually flipping it over. The clip is not to be missed. The host then ended the program abruptly. ​

American television would be more interesting if this happened once in awhile. 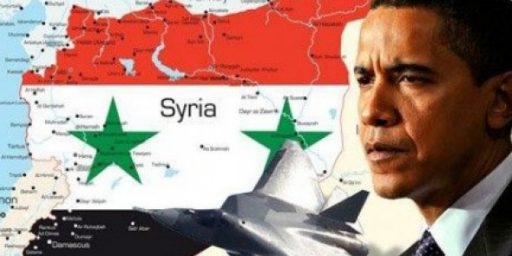