Patrick Hynes has launched a citizen news site called NOW! Hampshire which, as you might guess, focuses on the Granite State. Apparently, they have news there unrelated to the quadrennial first-in-the-nation presidential primaries. Who knew?

Now! Hampshire operates on the premise that there is a lot more interesting news out there than the people on the “news business” would lead us all to believe. And so we ask every citizen in the Granite State to take up their pens and note pads—along with the video and audio recorders—and start a news beat of their own.

Does your company, organization or school have something important to announce? Don’t settle with blasting off a press release—write a story about it and post it on Now! Hampshire.

Does your daughter or son have a game tonight? Record it on video and write up a blurb. We are thrilled to host local sports content.

Attending a county fair? Write a story about it.

Do you know a special, inspirational someone in your community? Show them you appreciate their contribution by interviewing them and posting it here at Now! Hampshire.

Such content would bore me to the brink of suicide but hyper-local is undoubtedly the future of news content. There’s not much reason, frankly, for local papers to attempt to cover national and world events in the Internet age and there may not be a sustainable business model, period, for maintaining any but the best traditional local papers. But there’s going to be more “news” reporting out there for people who want it than ever before. 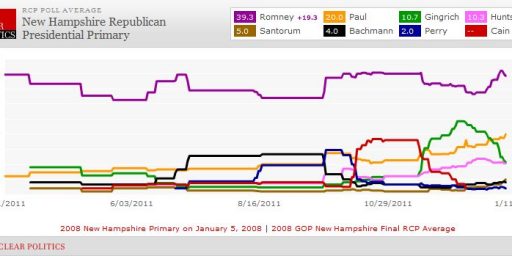