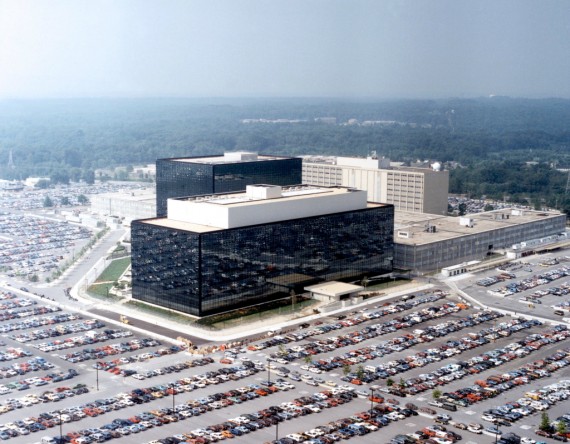 Responding to the latest wake of revelations of National Security Agency surveillance against foreign leaders and the citizens of putative allies such as Spain, France, and Germany, NSA head General Keith Alexander apparently considers a free press to be inconvenient:

The head of the embattled National Security Agency, Gen. Keith Alexander, is accusing journalists of “selling” his agency’s documents and is calling for an end to the steady stream of public disclosures of secrets snatched by former contractor Edward Snowden.

“I think it’s wrong that that newspaper reporters have all these documents, the 50,000—whatever they have and are selling them and giving them out as if these—you know it just doesn’t make sense,” Alexander said in an interview with the Defense Department’s “Armed With Science” blog.

“We ought to come up with a way of stopping it. I don’t know how to do that. That’s more of the courts and the policymakers but, from my perspective, it’s wrong to allow this to go on,” the NSA director declared.

Alexander did not elaborate on what he meant by reporters “selling” documents or what options he might consider for halting the disclosures. An NSA spokeswoman declined to expand on the general’s comments.

The NSA director’s frustration with the flurry of leaks appears to be building. The interview was posted Thursday, the same day the Guardian reported that the U.S. monitored calls of 35 world leaders after obtaining their phone numbers from other U.S. government officials.

As a preliminary matter, Alexander’s assertion that reporters are “selling” secrets is quite simply absurd. These reporters, whether we’re talking about Glenn Greenwald, who has served as Edward Snowden primary journalistic point of contact since this story began, or any of the other American, British, German, French, or Spanish publications who have published stories about different aspects of the documents that Snowden was making public were not “selling” anything. They were publishing documents that they had been provided by a source, just as The New York Times and Washington Post were doing when they were provided with The Pentagon Papers by Daniel Ellsberg. As much as there might be legitimate concerns about the propriety of Snowden’s actions either in sharing the documents or in absconding from the country after having done so in an effort to avoid prosecution, the journalists who have published the documents that he’s provided them have done nothing more, or less, than their jobs. General Alexander may find the results of that job inconvenient or irritating, but that’s the price for living in a society with a free press.

Alexander doesn’t stop at that criticism, though. He also goes on to suggest that there ought to be a way to stop reporters from reporting on what they’ve discovered by doing their jobs. This, of course, is largely what the famous Pentagon Papers Case was really all about. When the Times first bean publishing excerpts from the documents, the Nixon Administration went to Court to attempt to get an injunction to stop any further publication of any information based on the documents. Ultimately, the Supreme Court sided with two lower courts in ruling that the government had not met its burden for prior restraint of publication and, while the Supreme Court’s ruling did not contain more than a simple affirming of the lower Court’s ruling, Justice Hugo Black’s concurrence has long stood as the best statement on the law of prior restraint in cases such as this:

I adhere to the view that the Government’s case against the Washington Post should have been dismissed, and that the injunction against the New York Times should have been vacated without oral argument when the cases were first presented to this Court. I believe that every moment’s continuance of the injunctions against these newspapers amounts to a flagrant, indefensible, and continuing violation of the First Amendment. Furthermore, after oral argument, I agree completely that we must affirm the judgment of the Court of Appeals for the District of Columbia Circuit and reverse the judgment of the Court of Appeals for the Second Circuit for the reasons stated by my Brothers DOUGLAS and BRENNAN. In my view, it is unfortunate that some of my Brethren are apparently willing to hold that the publication of news may sometimes be enjoined. Such a holding would make a shambles of the First Amendment.

Our Government was launched in 1789 with the adoption of the Constitution. The Bill of Rights, including the First Amendment, followed in 1791. Now, for the first time in the 182 years since the founding of the Republic, the federal courts are asked to hold that the First Amendment does not mean what it says, but rather means that the Government can halt the publication of current news of vital importance to the people of this country.

In seeking injunctions against these newspapers, and in its presentation to the Court, the Executive Branch seems to have forgotten the essential purpose and history of the First Amendment.

I can imagine no greater perversion of history. Madison and the other Framers of the First Amendment, able men that they were, wrote in language they earnestly believed could never be misunderstood: “Congress shall make no law . . . abridging the freedom . . . of the press. . . .” Both the history and language of the First Amendment support the view that the press must be left free to publish news, whatever the source, without censorship, injunctions, or prior restraints.

In the First Amendment, the Founding Fathers gave the free press the protection it must have to fulfill its essential role in our democracy. The press was to serve the governed, not the governors. The Government’s power to censor the press was abolished so that the press would remain forever free to censure the Government. The press was protected so that it could bare the secrets of government and inform the people. Only a free and unrestrained press can effectively expose deception in government. And paramount among the responsibilities of a free press is the duty to prevent any part of the government from deceiving the people and sending them off to distant lands to die of foreign fevers and foreign shot and shell. In my view, far from deserving condemnation for their courageous reporting, the New York Times, the Washington Post, and other newspapers should be commended for serving the purpose that the Founding Fathers saw so clearly. In revealing the workings of government that led to the Vietnam war, the newspapers nobly did precisely that which the Founders hoped and trusted they would do.

Functionally, there is no difference between what Alexander is suggesting, albeit in a somewhat offhand manner, in this interview and what the Nixon Administration did in 1971. It seems fairly clear that, if he had the power, he would use the power of the state to prevent a free press from doing its job, mostly because they have embarrassed the agency that he heads and made it, perhaps, slightly more difficult for him to do his job. This is not how things work in a free society, of course. Yes, it’s important that some things remain secret in the name of the national interest and, indeed, there is a long history of American media outlets cooperating with requests from the government that they hold back on publishing something, or leave certain information out of a story, because it could expose intelligence sources and methods or other important matters. That’s a different matter, however, from the kind of intimidation that Alexander seems to be suggesting here. The news media doesn’t exist to do the bidding of secretive agencies like the NSA, and we should all hope the day never comes when they start to believe that they do. In the meantime, someone ought to send General Alexander for some remedial education in Constitutional Law.

Time To Play “Let’s Make A Deal” With Edward Snowden?