Apropos this, if you saw a vehicle with this on its windows, would you interpret it as “Heil Hitler?

In related news, the Dallas Cowboys are going to have their 1st round pick, Dez Bryant, wear jersey number 88, following in the tradition of Michael Irvin and Drew Pearson.  Are they sending a secret, racist message to those players, who are all black?

(Note that I’m not disputing the apparent fact that “88” is a code for “Heil Hitler” to some neo-Nazis.  I’m just noting that the nature of code is such that others will use the same code for something completely different — often if not usually completely oblivious to the other interpretations.) 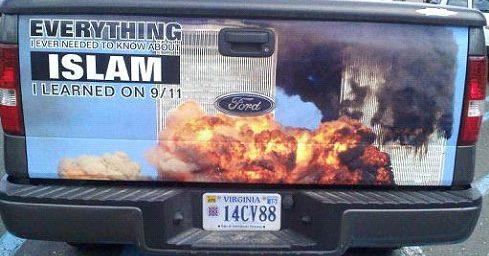