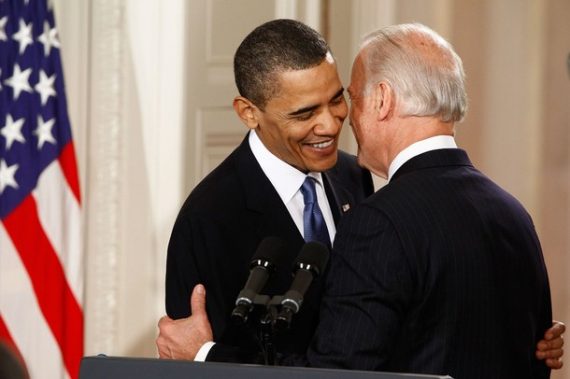 The Obama Administration will not be publicly acknowledging the second anniversary of passage of the Affordable Care Act later this week:

President Obama will not mark the two-year anniversary of his signing of the healthcare law — which takes place days before the Supreme Court offers a decision on the constitutionality of his signature legislative achievement.

Senior administration officials said on Tuesday that Obama will not be offering a vigorous public defense of the law, holding events or even making public remarks in the lead-up to the Supreme Court case.

Obama will instead leave arguments to the Justice Department, which begins defending the law on Monday.  Likewise, Obama is not expected to hold an event around the two-year anniversary on Friday, said officials who labeled it a faux milestone and off the radar of most Americans.

White House press secretary Jay Carney said Monday the administration was not focused “on discussing anniversaries, particularly, although I’m sure others will want to discuss this.”

Some observers say it’s a missed opportunity for the White House.

“It’s a little surprising that they’re not trying to get more out of it,” said Martin Sweet, an assistant professor of political science at Northwestern University. “They could go out to the American people, explain what’s happening and set themselves up for whatever happens.

“They might be a little worried about the backlash,” Sweet said, adding that he thinks it is a miscalculation.

Maybe it is, maybe the Administration simply doesn’t want to have to deal with inevitable press questions that would arise if the were making a big push for the law at the same time that the Supreme Court was on the verge of hearing arguments in a case that may end up declaring the law unconstitutional. Especially since recent polling seems to indicate that the public wants  the Court to do just that:

Support for invalidating the mandate cuts across ideological lines, with even a slight 48-44 plurality of Democrats saying they want the court to strike it down. These results are similar to those reached in other recent polls on the constitutionality of the mandate.

These poll results do not prove either that the law is unconstitutional or that the justices are necessarily going to rule the way the public wants. The public’s knowledge of constitutional law is weak, and the justices don’t always rule in accordance with public opinion.

This is true, of course, but poll results like this do indicate that public disdain for the PPACA remains as high as it was in 2010. Perhaps the Administration just doesn’t want to draw attention to something that the public is so obviously ambivalent about.