Phil Carter points to an interesting piece in today’s WaPo by Glenn Kessler about how the State Department bureaucracy–or, technically, its contract support–is cheerily cranking out weekly reports proving that our now-declared failed strategy in Iraq is succeeding.

A year ago, President Bush announced a new plan for Iraq, framed around “eight pillars” of U.S. policy for victory. In the past month, the president and his national security team have been busily working on a new recipe for success in Iraq, having declared the previous plan a failure.

But never mind what the politicians are doing. The bureaucracy churns on.

The State Department continues every Wednesday to issue a 30-page public report that details exactly how the U.S. government is meeting the goals set forth in the president’s now-abandoned plan. The report frames the data around Bush’s storied eight pillars, which include such goals as “Defeat the Terrorists and Neutralize the Insurgents” (Pillar 1) and “Increase International Support for Iraq” (Pillar 7).

Below the level of the top policymakers, working groups from across the government implement Iraq policy day by day. The BearingPoint employees, who work out of offices in the State Department, arrange the meetings, set the agendas, take notes and provide summaries of the discussions, the official said. They also maintain the Web site of the U.S. Embassy in Baghdad.

Having worked as a contractor at somewhat lower levels in the Defense Department bureaucracy, this surprises me not at all.

It goes without saying that, when the new strategy is announced, BearingPoint will be awarded the contract to produce identical reports along the same lines touting the successes of the new strategy. After all, they have demonstrated the ability to do so and have the past performance metrics to back them up. 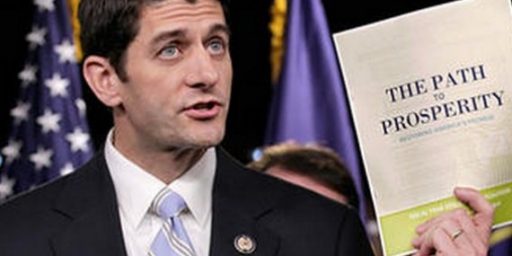 The Problem with the Ryan Plan

Ex-CIA Official Faults Use of Data on Iraq