On a Lighter Note…

The President’s promise to kick some backside (and Doug’s post today) made me think of the following clip from Fawlty Towers:  click (through 28:03).

Of course, one has to understand that the fellow making the threat is an American.  The episode itself (like the entire series) is a classic. 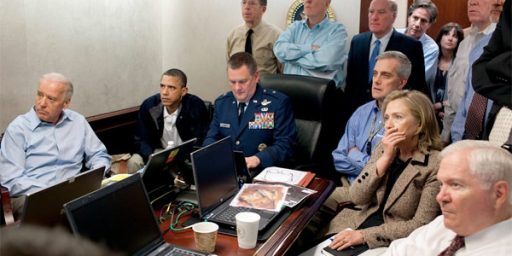 The bin Laden Raid And The 2012 Elections