I have to say, I’m frankly quite surprised that people are so surprised that a guy who ran for President on the grounds that he is a consensus building centrist is making cabinet picks that reflect his desire to be a consensus building centrist. The selection of Hillary to State and his other appointments, frankly, don’t surprise me one bit. Obama is clearly choosing people with a history of actually getting things done while in office who generally share his political views. Of course, things could have been different. As Ta-Nehisi Coates wisely points out:

The thing that’s bugging me is Obama’s early nominations had swung hard left, whatever that would be, there’d be a ton of stories with headlines like “Obama abandons bipartisanship” and ledes like “He ran on change and bipartisanship, but President-Elect Obama has veered sharply to the left…”

That about sums it up. Obama was going to get “anger in the ranks” stories no matter who he appointed to what position, because, frankly, there can only be one Secretary of State, one Attorney General, one Treasury Secretary, etc. Which means that people who supported other folks on the short lists for those offices were going to be mad and vent their frustration to reporters, who were more than happy to cut and paste names and quotes into their “problems with Presidential transition” template.

No matter what decisions Obama makes, somebody’s going to disagree. Even if he made a decision based on unanimous consent, the press would still find some way to put conflict into it, because that’s what he press does. Conflict is what sells papers drives web traffic and TV ratings. 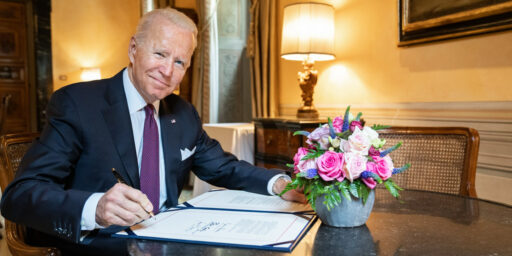 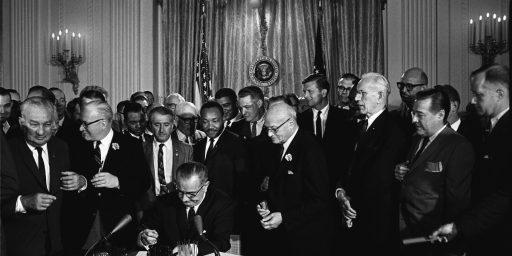 Could The Civil Rights Act Of 1964 Make It Through Congress Today? 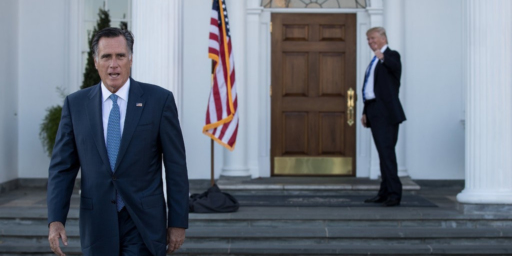