On the Humane Treatment of Prisoners

Via Andrew Sullivan, I happened to stumble across this post which is, apparently, not a joke. In reaction to the recent brutal murders of PFCs Menchaca and Tucker, the author appears to have directed his anger not at the perpetrators, which would be logical, but rather the Supreme Court, for demanding that the United States government follow the law.

Our Supreme Court recently decided that the animals who commited those gruesome atrocities against helpless, unarmed prisoners, are entitled to every protection under the Geneva Conventions, including the protections of articles that our legislative branch never ratified, including protection against being “humiliated” in any fashion, “humiliation” to be defined later by our unelected, dictatorial judiciary branch, no doubt.

So keep that in mind. Should we ever make the mistake of capturing any of the perpetrators of the war crime against PFCs Menchaca and Tucker alive, we can forget about interrogating them in order to catch the rest, according to the Supreme Whores. Well, unless they’re willing to give up information if we ask “pretty please?”, since anything other than that has been deemed illegal by those blackrobed tyrants. Are we exaggerating? Try doing anything to those mutilating darlings of the Supremes in order to extract life-saving intel from them, and then wait for the Supreme Whores to decide that you were “humiliating” them in doing so.

You know, sometimes I read the more extreme ends of the right side of the blogosphere and honestly wonder if, under their loud veneer of patriotism, they actually care about this country at all. They certainly don’t seem to care about its history or principles.

In response to the ravings above, I feel compelled to call to light a little bit of American history. During the Revolutionary War, the British Army refused to treat captured American soldiers as legiitmate prisoners of war, for fear that doing so would be a de facto recognition of Independence. As a consequence, American soliders were brutally treated. Indeed, more American soliders died as prisoners than died in every battle of the Revolution. Combined.

How did the Founding Father’s react to such treatment? With decency. George Washington refused to mistreat captive British soldiers. Alexander Hamilton acted to prevent the massacre of a group of British prisoners. The Continental Congress even allowed for prisoners to be paroled and dictated that prisoners be treated with “humanity.”

I can’t help but think that if some elements of the blogosphere were blogging during the Revolution, they would be appalled at the acts of the “unelected” General Washington and “tyrannical” Continental Congress for the temerity to treat prisoners with decency and would not doubt accuse them of being “on the other side.” No doubt the actions of Alexander Hamilton would be regarded as “objectively pro-British.”

I admit I find it rather strange to hear that upholding American principles and traditions is the equivalent of treason. If that’s the case, then I’ll heed the words of Patrick Henry: “If this be treason, make the most of it.” 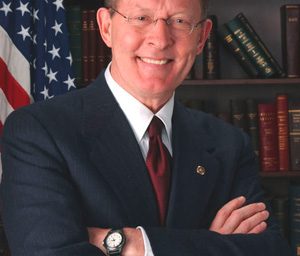