One Dead, Several Injured In Shooting At Empire State Building 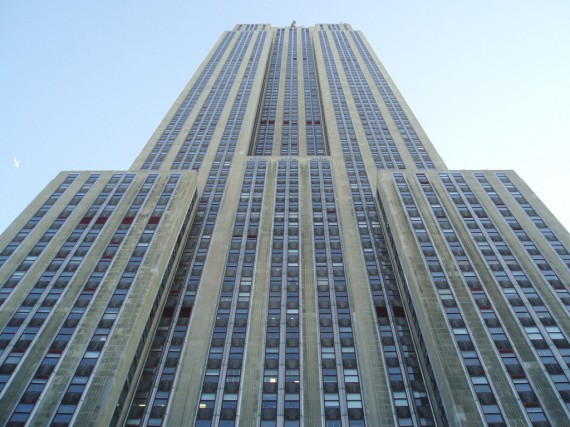 The morning commute in the heart of New York City came to a screeching halt this morning when a gunman opened fire outside the Empire State Building, killing at least one person:

Nine people were shot, at least one fatally, by a gunman who opened fire outside the Empire State Building shortly after 9 a.m. on Friday, according to the Fire Department and city officials. The gunman was killed by the police, officials said.

Mayor Michael R. Bloomberg scheduled a briefing at the scene. State Senator Malcolm A. Smith, a Queens Democrat who was in Manhattan for a meeting and went to the Empire State Building when he heard about the shooting, said the mayor had told him the gunman was “a disgruntled employee who came back to the store that he was working at and apparently shot the manager.” He said the mayor indicated the manager had been hit in the face.

“From there,” Mr. Smith said, the gunman “came out onto the street and started randomly shooting individuals.”

One law enforcement official said the gunman had been fired on Thursday and returned on Friday to wait for a woman he followed and shot.

Earlier, two law enforcement officials said investigators had concluded that the shooting had no connection to terrorism.

A major traffic tie-up spread from the streets outside the area around the Empire State Building, at Fifth Avenue and 34th Street, after the police closed surrounding streets. A passer-by said that she had just come out of a nearby dentist’s office when she heard a burst of gunfire.

“Suddenly I heard two shots or three shots, boom boom boom, and I saw two guys, they go to the floor,” said the passer-by, a woman who would give only her first name, Monica. “I was really afraid.”

Further information from the CBS affiliate in New York City, including the identity of the gunman and the news that this started as an attack by a fired employee at his former place of work:

NEW YORK (CBSNewYork) – A disgruntled employee recently fired from his job shot and killed one of his co-workers then opened fire on the street near the Empire State Building before being shot and killed by police, authorities said Friday.

At 9:03 a.m. Friday, police said Johnson walked into Hazan Imports at 10 West 33rd Street where he had worked for six years and shot his former co-worker in the head, shooting him three times, Kelly said.

“In a dispute with one of the former employees of Hazan, in front of the building, Johnson produced a pistol and fired at close range, striking his 41-year-old victim in the head,” Kelly said.

With his .45 caliber handgun hidden in black bag, Johnson fled, police said. A construction worker who witnessed the shooting followed Johnson and alerted two officers who were on patrol outside the Empire State Building.

As the officers approached Johnson, Kelly said he pulled his handgun from the bag and started shooting. The officers fired back, killing Johnson.

At least nine other victims on the street were also shot, but Mayor Michael Bloomberg said it is unclear whether they were shot by the suspect or were caught in the officers’ crossfire.

“This is a terrible tragedy and there’s no doubt that the situation would’ve been more tragic if it wasnt for the officers’ heroism,” Bloomberg said.

The nine victims are all expected to survive, but at least four of them are currently listed in serious condition and apparently in surgery.