A couple days late to this one but still noteworthy (“This woman will soon become the first openly bisexual governor in American history“):

An open LGBT governor has never been elected, although New Jersey did have an openly gay governor briefly in 2004, after Gov. Jim McGreevey (D) came out as gay and admitted an affair with a man he had appointed to a key job. He resigned three months later.

Brown is married to husband Dan Little; she has publicly discussed her bisexuality in past campaigns. She is already arguably the highest-ranking bisexual elected official in America; Rep. Kyrsten Sinema (D-Ariz.) became the first bisexual member of Congress in 2013. There are about 525 openly LGBT public officials in office at all levels of government, according to the Gay and Lesbian Victory Fund. Most of them are Democrats, said interim executive director Denis Dison, and only about 20 are Republicans.

This will also be the second time in Brown’s career she has taken office because of a resignation. Her start in politics came in 1991 when she was appointed to the state House following the resignation of Rep. Judy Bauman (D), who left office because she was appointed to an executive position. Brown served in the House until 1997, when she won a seat in the Oregon state Senate. In 2008, she was the first woman to serve as Oregon Senate majority leader, and later that year she was elected secretary of state.

Technically, Kitzhaber’s resignation isn’t effective until Wednesday. And, no, Oregon doesn’t have a lieutenant governor, so the line of succession is Secretary of State, State Treasurer, President of the Senate, and Speaker of the House. 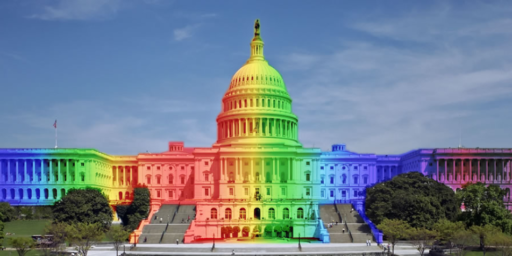