The It Takes A Village People Edition OTB Caption ContestTM is now over.

The It Takes A Village People Edition OTB Caption ContestTM is now over. 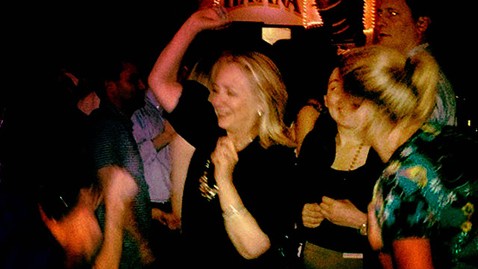 Third(tie): TexasOllie – You put your left cankle in, and you shake it all about…

Third(tie): jd – Don’t you hate those movies where they BACK UP RIGHT INTO THE ZOMBIE!!!!

Doug Mataconis – “If you hear any noise. It ain’t the boys , it’s ladies night , uh huh”

Maggie Mama – Are these the prostitutes the Secret Service “hooked” up with?

Anderson – In its defense, the Secret Service pointed out that association with prostitutes was an inevitable by-product of providing security to Secretary Clinton.

Drew – This ain’t nuthin’. Have you seen the photo album with pictures of Maddy Albright on the dance floor with Kim Jung Il??

Jed – “Put the damn beads down. It’s disrespectful and we really don’t need to see ’em.”

The Thursday Contest has already moved that bus.