The You'll Put Your Eye Out Edition OTB Caption ContestTM is now over.

The You’ll Put Your Eye Out Edition OTB Caption ContestTM is now over. 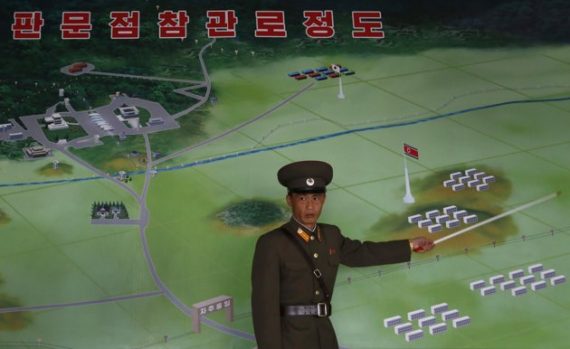 First: Maggie Mama – … and this is where all those damn socks landed!

Third: John Burgess – “It is proved irrefutable Comrades… our Legos will conquer those of the Capitalist Running Pig within hours!”

al-Ameda – “Right there, just outside the Palin Compound”

Mr. Prosser – Lt. Kim carefully watches where next to point his stick, knowing any mistake will mean an instant posting to the border as a mine detector.

Wyatt Earp – “You know what the Ukraine is? It’s a sitting duck. A road apple, Newman. The Ukraine is weak. It’s feeble. I think it’s time to put the hurt on the Ukraine.”

Phillip – We want you to play capture the flag with at least three divisions of troops. Get it?

In just indicating where the restrooms were, General Parks started an unfortunate chain of events.

“That not secret weapon… that spider on screen.”

The Nittany Lion’s new head coach proved to be a real ball buster.

The Monday Contest is already off-roading.