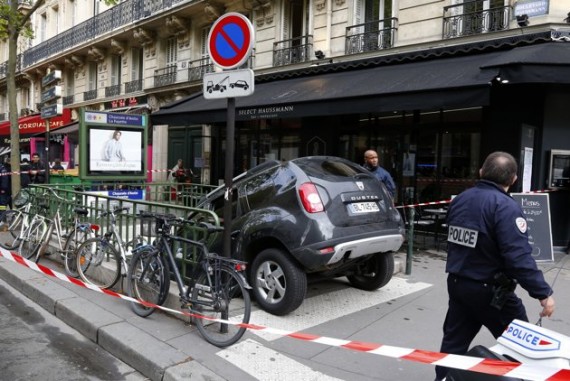 Second: markm – “…now how in thee HELL did the BLS graph of the workforce participation rate get in my Garmin????

Gromitt Gunn – What do you mean this isn’t a car wash?

Mr. Prosser – I know I told you it’s cheaper to use public transportation, but . . .

Stormy Dragon – While fully capable of digging their own burrows, SUV’s sometimes prefer to just move into ones abandoned by larger animals, such as this Parisian Tunnel Snake den.

Simon H Gedney – All that it’s unusual SUV test did was remind people that “Citroen” is another French word for “lemon.”

JKB – Seeing the driver become enraged, the homeless man washing his window dashed into the subway…

Jared thought the Paris Subway shop drivethru was a fail.

Ed initially thought he’d found an ingenius place to park, without a chance of getting towed.

The Thursday Contest has already been given the green light.