The Shadow Puppets Edition OTB Caption ContestTM is now over.

The Shadow Puppets Edition OTB Caption ContestTM is now over. 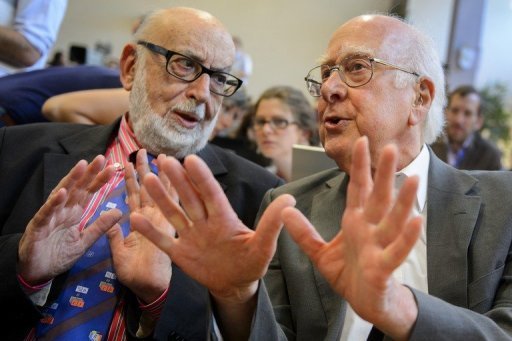 Second: KRM – “Well, it’s really quite simple. First, you picture yourself in a boat, on a river, with tangerine trees and marmalade skies….”

Third: Mr. Prosser – Higgs and a fellow physicist celebrate the proof of the Higgs boson by doing jazz hands.

Donald Sensing – “We tried calling it the ‘Satan particle,’ but it made funding really hard to come by.”

Moosebreath – No, this is how you play patticake.

Vast Variety – “All together now… If your happy and you know it clap your hands.”

Peter Higgs was far more animated and entertaining in giving his account of the discovery of Mrs. Higgs Bosom.

The Thursday Contest has already tipped a few, but not the waitresses. 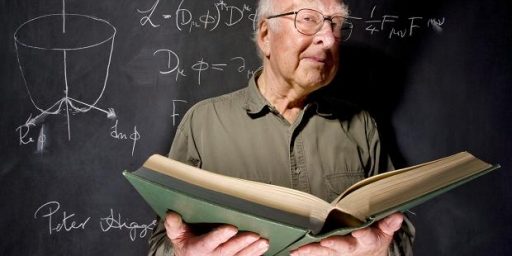