The Empty Suits Edition OTB Caption ContestTM is now over.

The Empty Suits Edition OTB Caption ContestTM is now over. 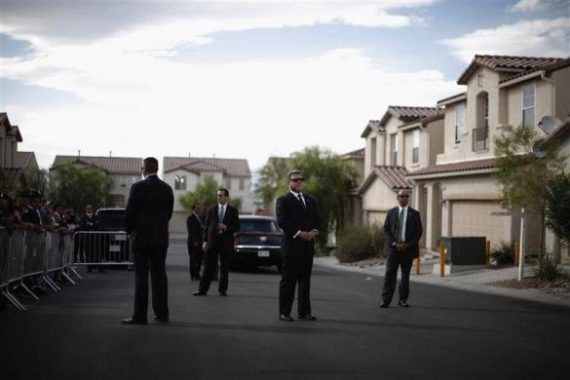 First: Jeremy – “All pay phones in the vicinity disabled. They won’t escape this way.”

Third: Stormy Dragon – “All right, people, there was no double dip. The high unemployment you saw was not a recession. Swamp gas from a weather balloon was trapped in a thermal pocket and reflected the light from Venus.”

physics geek – “I don’t think this is where the Blues Brothers convention is being held.”

JKB – Secret Service agents keep an eye out for a few desperate housewives.

KRM – But as his bike turned the corner onto Pine Street Timmy suddenly realized that his mom wasn’t joking: This time he was going to be grounded for real.

rudderpedals – Six to beam up

jd – One stick and one ball short of a game.

Now where the F— is Neo, anyway.

The Monday Contest is headed south of the border.