The Dish Ran Away With The Spoon Edition OTB Caption ContestTM is now over.

The Dish Ran Away With The Spoon Edition OTB Caption ContestTM is now over. 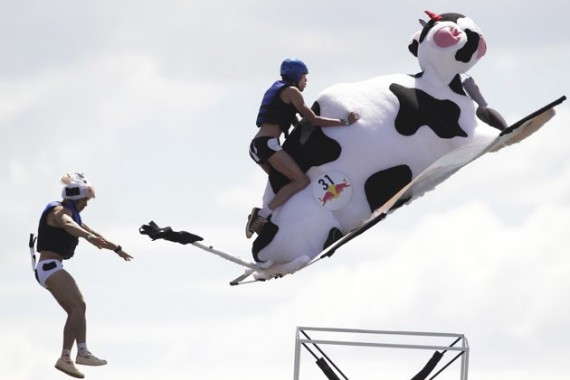 Second: Mr. Prosser – Run away! Run away! (Your mother was a﻿ hamster and your father smelt of elderberries! — rodney)

OzarkHillbilly – Well, the cow didn’t make it over the moon but it did clear the scaffolding.

Russell Greenlee – In accordance with Chick-Fil-A policy, Elsie bucked Bruce when she discovered that the bulge in his pants was not, in fact, a chicken sandwich.

Jeremy – Looks like Red Bull doesn’t give you wings after all.

What are Romney’s chances?

Paul Ryan’s grand entrance at the RNC, turned into an udder disaster