The Less Filling Edition OTB Caption ContestTM is now over.

The Less Filling Edition OTB Caption ContestTM is now over. 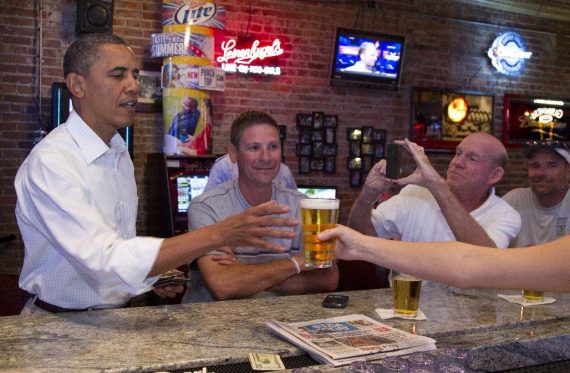 Second: Me Me Me – Invisible Obama beer.

PogueMahone – “Careful not to spill it, barkeep. It’d be a shame to spill it on that newspaper headline reading: ‘No Convention Bounce for Romney.'”

Doug Mataconis – Feeling somewhat overconfident on the eve of the Democratic Convention, President Obama tries to make a glass of beer levitate.

“Now here’s a plank we’ll never vote out of the platform.”

“Eastwood’s got nuthin’ on Biden… Biden talks to people that aren’t there all the time.”

The Thursday Contest is ready for Trixtrucks.