The Worst. DWTS. Couple. Ever. Edition OTB Caption ContestTM is now over.

The Worst. DWTS. Couple. Ever. Edition OTB Caption ContestTM is now over. 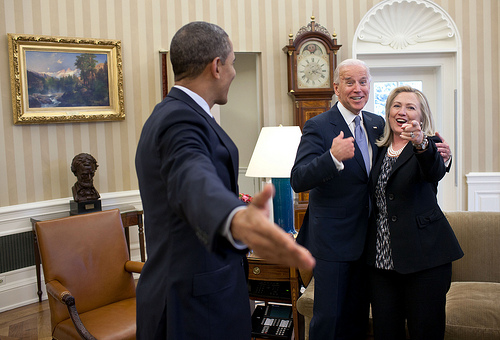 First: Jc – “Great place for a hidden camera! I could have really used one of these during Bill’s presidency..”

Second: Tillman – “He lost a bet so now he has to be Treasury Secretary, but with no pants.”

JKB – “And this, is the typical Obama voter”

John Burgess – “Please step this way for your concussion. No, not you, Joe… you’ve already got yours.”

Jeremy – Obama: “Hey, you two, get over here and put your entries in for the Caption Contest!” Joe: “Who? Me?” Hillary: “I’d need to be on Outside The Beltway like I need a hole in my head.”

OK, which of you is responsible for this mess.

The Monday Contest is already in the spin cycle.

Call Them The Concussion Truthers