The President Fauxbama Edition OTB Caption ContestTM is now over.

The President Fauxbama Edition OTB Caption ContestTM is now over. 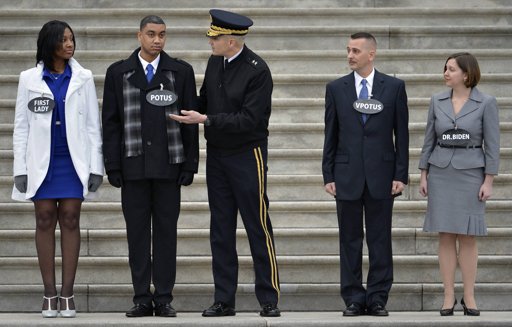 First: Hal 10000 – You idiots! These are not them! You’ve sworn in their stunt doubles!

Second: Doug Mataconis – “Don’t worry guys, I just need to reboot the POTUS robot by pressing this button in the back here.”

Niels – Don’t panic Mr. President. TOTUS is on its way!

Peterh – Hey….it’s a gig… you’re getting union scale… I still give the orders here…

Tony W – After the dry-run was completed, the ‘real’ Michelle Obama put the team of stand-ins on a strict diet and exercise regime.

Robert W. Armijo – George Stephanopoulos: “I believe POTUS and VPOTUS are President Obama’s and Vice President Biden’s Latin neck names for each other around the White House.”

I don’t think this is real… I think it was a FauxtusShop job.

No we don’t really need to use a teleprompter at this time.

“No, a ‘Where da white women at?’ homage to Mel Brooks is not appropriate even for a practice with doubles.”

Lorne Michaels would like to speak to you afterward.

Just arrived on Air Farce One

The Thursday Contest is already playing with swingers. 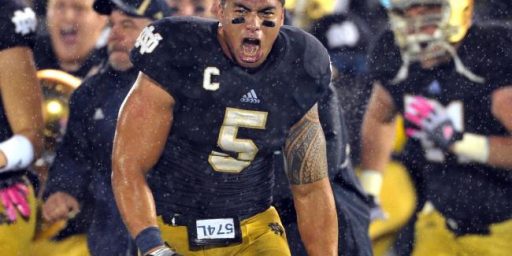 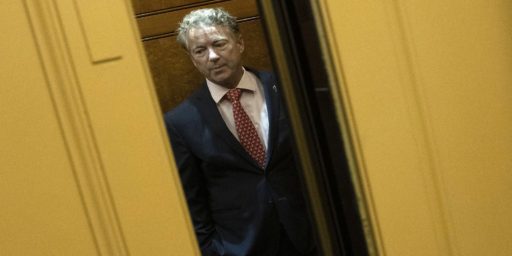