The Don't Tread On Me Edition OTB Caption ContestTM is now over.

The Don’t Tread On Me Edition OTB Caption ContestTM is now over. 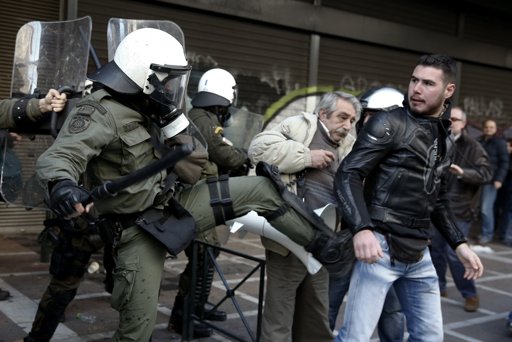 First: Allan Bourdius – “I was just going to an Albert Einstein look-alike contest (I’d do my hair there) when I get caught up in a riot.”

Anderson – Obama’s insurance police round up those found without proof of healthcare coverage!

Rafer Janders – I’ll show YOU the violence inherent in the system!

jd – The kicking and punching was just a diversion so they could attach the Large White Sucking Device.

If I hadn’t sold my handgun back to Chris Christie I’d put an end to this tyranny.

“A sphincter says what?”

The Monday Contest has already been swatting skeeters