The Duck Dodgers Edition OTB Caption ContestTM is now over.

The Duck Dodgers Edition OTB Caption ContestTM is now over. 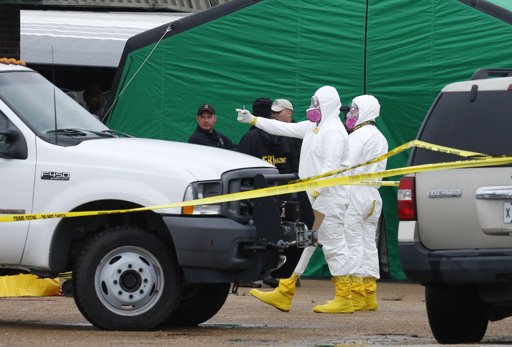 First: OzarkHillbilly – The clean up after the White House Correspondents Dinner was a little more complicated than originally anticipated.

Second: JKB – After the success of Duck Dynasty, Hollywood is betting on Duck Detectives

Robert W. Armijo – Down there to your right. But you should’ve gone before you put on the suit.

Paul Hooson – Thank God the Hazmat guys are here to safely remove some of Hooson’s jokes!”

markm – “sorry, no, we are looking for lost Elvis Presley trinkets. The ricin investigation site is over there…”

Michael Hamm – The Carnival Poop Cruise is that way.

“Dang, I thought we’d make the duck stamp this year.”

“Take us to your Duck Commander.”

“Mr. President, how do you stand on nuclear waste?”

The first two GOP Presidential candidates for 2016 self destruct as they fall into the ‘Dukakis Trap.’

The Thursday Contest is still hanging in there.

Ricin Detected In Letter Addressed To A U.S. Senator