The Another Brick In The Wall Edition OTB Caption ContestTM is now over.

The Another Brick In The Wall Edition OTB Caption ContestTM is now over. 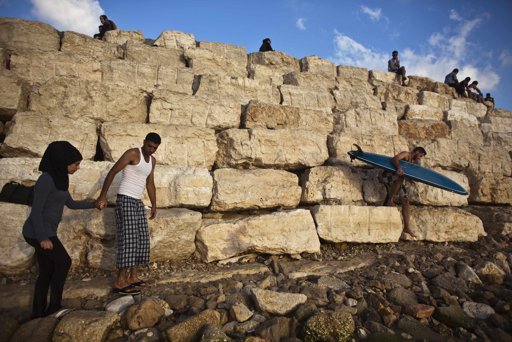 First: He who must not be named – Israel quickly abandoned all of Roger Waters’ suggestions.

Second: OzarkHillbilly – “And what have the Israeli’s ever done for us??” “Well, there’s the concrete rubble we make our breakwaters out of.”

John425 – Girl to Iranian boyfriend: ” Boy, these sanctions have dried EVERYTHING up!”

Allan Bourdius – “There may be mines ahead; this is when you walk in front, woman!”

Davebo – So we can kill the old trope that Muslims don’t surf! But damnit, commies still don’t surf!”

CSK – Ahmad labored under the misapprehension that “stoner dude” meant the same thing as “surfer dude”.

Robert W. Armijo – The Day After World War III: The Wailing Wall and The Dome of the Rock

The Islam Wave Wall where Muhammad was said to have first hung ten.

“So how did they get Rachel Corrie into this tomb?”
“They just slid her in through the cracks.”

“…and where do they pipe that ‘Pink Floyd’ music in from?

“Dang, Sisyphus has it easy.”

The Monday Contest is already full of bologna. 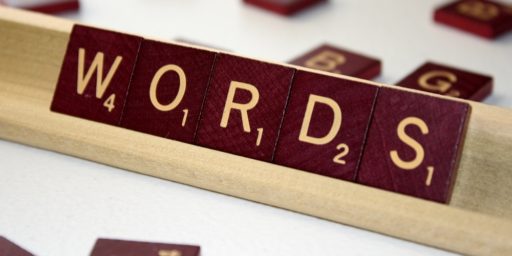 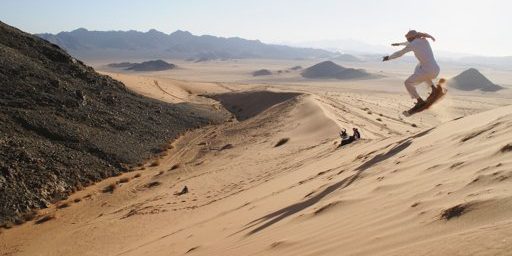