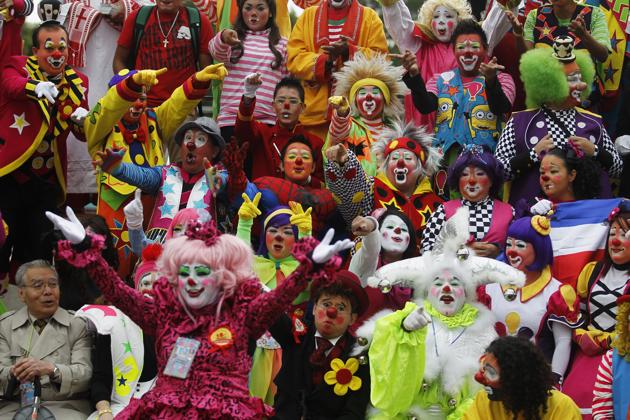 Second: David in KC – Congress decides to look the part.

Third(tie): OzarkHillbilly – The creators of healthcare.gov celebrate its opening.

markm – Due to a one digit typo on the request form, the NSN for a “Tech Surge” submitted turned out to be for a “Clown Surge”. A committee of QAR Officers are currently working on stuffing the clowns back in their car for return shipment.

Pinky – Lee brought his raincoat and umbrella in preparation for a day of seltzer showers.

A positive attitude won’t solve all your problems, but it will enough people to make it worth the effort.

How many clowns can you fit into HealthCar

The OTB commenters show up to ridicule yet another Doug Mataconis post.

The Monday Contest has already put an end to ‘Yo Mama’ jokes.