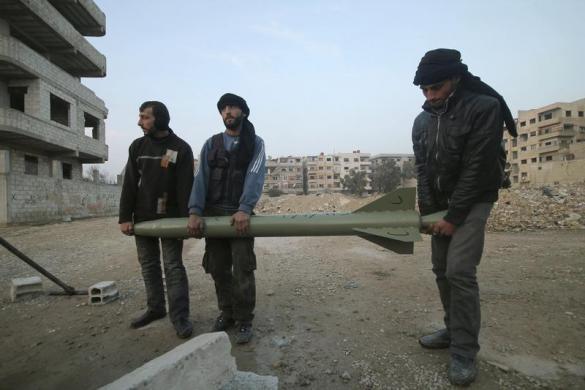 First: He who must not be named – Having failed to get the Holy Hand Grenade of Antioch as ordered, Hakeem hoped the Mystical Missile of Mosul would suffice

Third: roger – We told you to buy the rocket AND the launcher.

OzarkHillbilly – The new Rocket CondomTM is guaranteed to please the ladies.

Paul Hooson – Even less effective than the SCUD missile, the SPUD missile.

grumpy realist – I think it’s more than 44 pounds. You’ll have to pay overweight charges when you fly.

MichaelHHamm – Help me Achmed – my Donkey was unavailable today.

Phallus Baumgartner was not as well known as his cousin Felix.

“I wish I’d become a shepherd instead of a rocket scientist… date night would be so much easier.”

The Monday Contest already has been feeling the pressure.