The Its A Bull Market Edition OTB Caption ContestTM is now over.

The Its A Bull Market Edition OTB Caption ContestTM is now over. 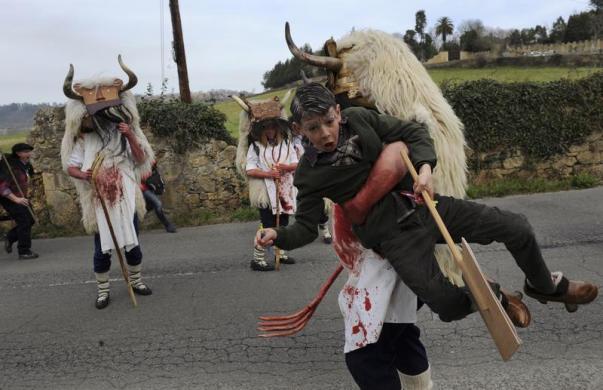 First: JWH – Little Timmy finds himself in the horns of a dilemma.

Franklin – Bam-Bam is thwarted trying to sneak into a Lodge meeting.

John Burgess – The turning of the bulls.

Tillman – “This is our tithe. We will not be denied.”

Pinky – Yakety yak – whatever you do, don’t talk back!

Mark Ryan – Little Johnny is realizing that he’s about to become Bullshit!!!

Paul Hooson – “What Russia is doing in the Ukraine is a real Crimea…” Putin should realize, that Crimea doesn’t pay….

Grab the kid and heifer the hills.

The NFL’s new rules for point after touchdown were never completely understood.

The Texas Quiddich rules called for the use of a real not a ‘Golden’ snitch.

Toldya Harry Reid would get you if you didn’t eat your vegetables Billy.