The Let Us Spray Edition OTB Caption ContestTM is now over.

The Let Us Spray Edition OTB Caption ContestTM is now over. 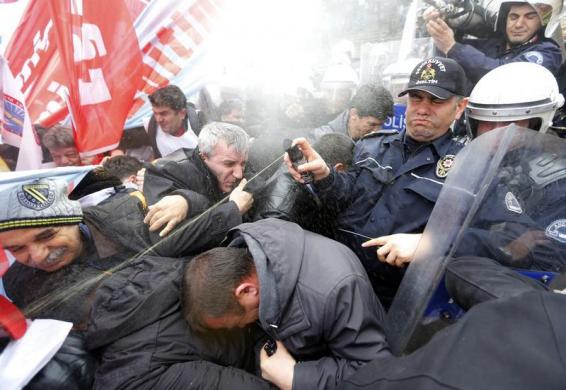 Franklin – The musical “Hairspray” really didn’t translate into other cultures.

John425 – Crimean cop: “There’s a John Kerry somewhere in this pile!, I just know it”

He who must not be named – Yes, it’s just like the ceiling in the Sistine Chapel.

Michael Hamm – My air freshener will neutralize that deadly fart.

al-Ameda – “Peace be with you my brothers”!

Then the Old Spice commercials really got weird