The Spoonerisms Edition OTB Caption ContestTM is now over.

The Spoonerisms Edition OTB Caption ContestTM is now over. 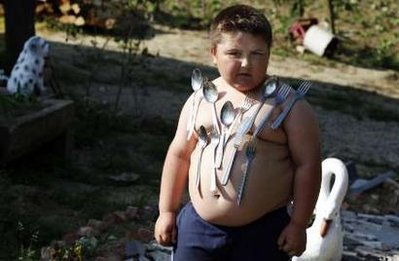 First: Maggie Mama – Congressman Anthony Weiner (D-NY) has finally issued a definitive statement: “I have never forked or spooned anyone in my entire life.”

Second: Robert W. Armijo – Ironically, as the last surviving member of the Donner Party made his way out of the camp, he stumbled on a rock and impaled himself to death…on his eating utensils.

Jay Tea – “The louder he talked of his honor, the faster we counted our spoons.”

Michael Hamm – Do you want fries with that?

Rep. Weiners childhood was really not that much different from anyone else’s

For some reason Mama doesn’t keep any knives in the house.

What the hey? I had four entrees up, and they’re gone! (Jay was just one letter off)

The Monday Contest is already on double secret probation. 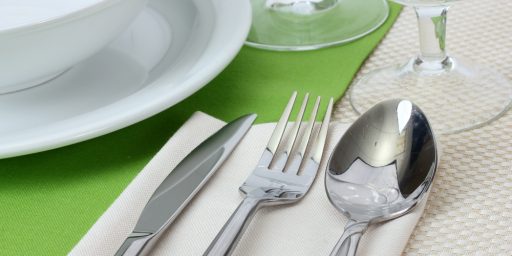