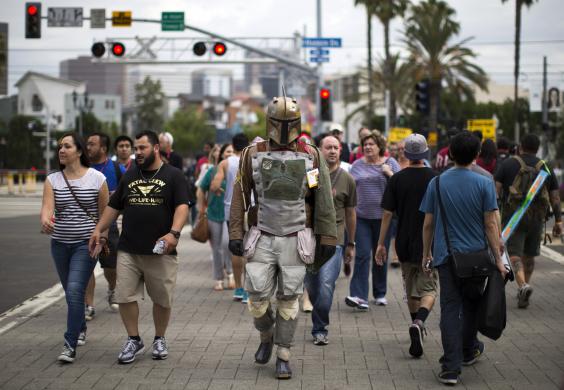 Second: Surreal American – I swear the next time someone says to me I should pursue a Solo career, I’m gonna…

Third: Doug Mataconis – Go straight from Comic Con to the job interview they said. It will work out fine they said.

OzarkHillbilly – South Beach is no place for a Jedi knight to be.

DrDaveT – These new post-concussion protocols are a complete pain in the @ss.

al-Ameda – “So, I’m what passes for diversity around here?”

After realizing he polled as favorable as Hillary the RNC had a new 2016 candidate.

“Now all I have to do is hitch a ride on the space shuttle and I’m outta here.”

Unlike Boba, and Jango, Bozo Fett never quite caught on.